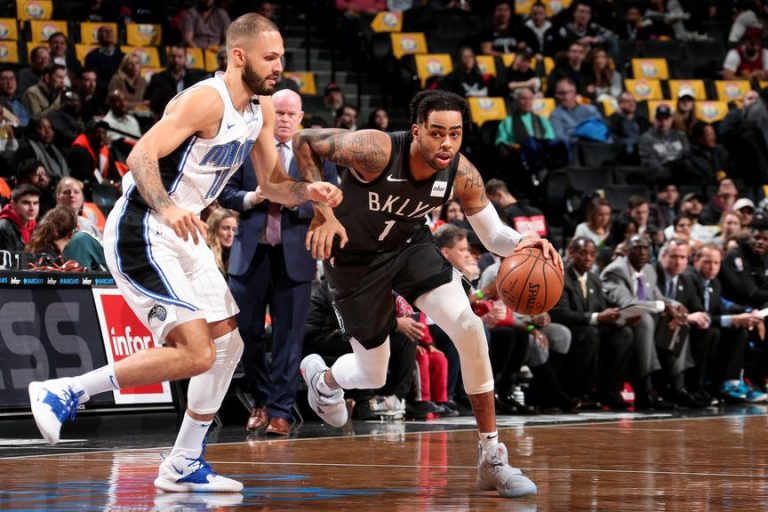 BROOKLYN, NY - JANUARY 23: D'Angelo Russell #1 of the Brooklyn Nets handles the ball during the game against the Orlando Magic on January 23, 2019 at Barclays Center in Brooklyn, New York. NOTE TO USER: User expressly acknowledges and agrees that, by downloading and or using this Photograph, user is consenting to the terms and conditions of the Getty Images License Agreement. Mandatory Copyright Notice: Copyright 2019 NBAE (Photo by Ned Dishman/NBAE via Getty Images)
Home
Brooklyn Nets
Brooklyn Nets Game Threads
Jac Manuell

The Nets extended their winning streak to 5 with a 114-110 win over the Magic. D’Angelo Russell and Spencer Dinwiddie were both firing as the two spearheaded the hard fought victory. Here’s how it went down.