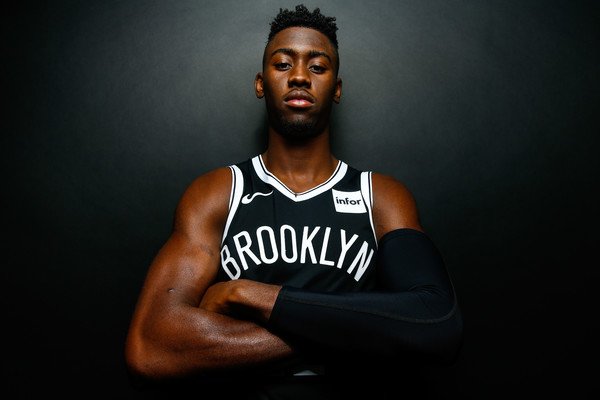 It’s been 174 days since the Brooklyn Nets players have stepped foot on the court. With buzz around the team at a fervent pitch, this year’s preseason games are the most anticipated since Coach Atkinson took over the team a few years ago. The offseason and Media Days are coming to an end as real basketball finally starts to kick off. There’ll be plenty to watch in the few games before the regular season kicks off. Here are a few things to keep an eye on as the Brooklyn Nets take on their crosstown rival, New York Knicks.

Recent news has indicated that the Brooklyn Nets are going all out with their small ball lineups as Rondae Hollis-Jefferson continues his recovery from a hip injury.

This could mean we see LeVert in the starting lineup as a possible small forward. Atkinson spoke with Nets Daily and professed to the different looks we may see throughout the preseason as he and the staff continue to tweak their rotations.

“I think we’ll be able to play big, powerful. You could play Ed and Jarrett together… And you watch in the games, the exhibition games right now. You just see a lot of guards out there.”

It seems like it’s not just me who is advocating for a more flexible approach in how the coaching staff utilise the roster at their disposal. Preseason is a time for experimentation and with the amount of new talent on the roster it’d be incompetent not to throw some different lineups out there and see what works best. The four-guard lineups will be especially intriguing with the pace, space and ball handling in such units. It’ll be fun to see what the team has been working on at training camp in real-game situations.

Will We See Musa?

Musa fans will be rejoicing at the sight of the Bosnian prospect practicing after suffering what looked like a serious ankle injury in his country’s FIBA qualifying game.

He showed some nice signs at practice with Coach Kenny surprised by his versatility and skill in the pick and roll.

“He definitely showed some pick-and-roll ability today. He’s pretty skilled, more skilled with the ball than I thought. I see him as a 2 or 3. The 2 is probably his position. That’s a nice size. I think I referenced Mike Dunleavy.”

Musa himself professed that he’s feeling ‘one hundred percent.’ Whether the coaching and medical staff think the same will be revealed against the Knicks on Wednesday. Whenever he does debut with Brooklyn you can pencil it in that the rookie will be more than ready.

Caris has been the talk of the town in Brooklyn the last few weeks. Everyone from the coaches to the players have been raving about his form in practice. There are some rumblings the utility could even push himself into the starting lineup as a small three. Atkinson responded to questions relating to LeVert continuing his case for a starting spot.

“What we’re going to do with them, with Caris pushing, playing so well, that’s something we’ve got to figure out. I haven’t decided yet. We’re trying different things, see how that works out.”

LeVert has been praised for everything from his attitude, to his physique, to his on-court play. With help from assistant coach Jacque Vaughn the guard/forward approach to the game has changed ever so slightly.

“The main thing we focused on was probably balance for my shooting and just confidence in shooting the shots I practice every single day. I think that’s really helped me a lot this summer.”

His play will be a major focus for Brooklyn Nets fans and staff alike. If LeVert can prove and even exceed his worth then he’ll have every chance of landing himself a coveted starting role going into the regular season.