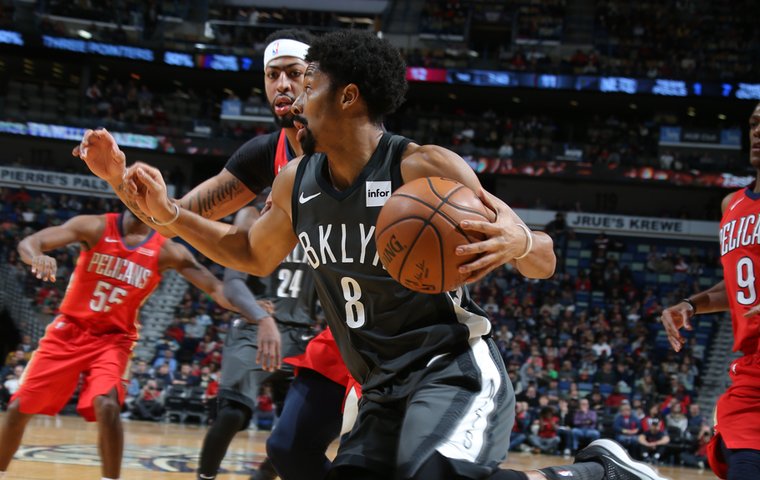 Blech! Just a poor outing for the Brooklyn Nets in New Orleans, even with the back-to-back caveat. A 128-113 defeat to the Pelicans that felt as competitive as an All-Star Game for over half the game. Brooklyn let Rajon Rondo’s velociraptor face toss 25 assists on them in 2017. Shameful. Let us hope the Friday game in Miami goes better with a day of rest.

Officially, the Nets welcomed two-way contract signee Milton Doyle to the league in a brief two-minute stint against the San Antonio Spurs. However, Doyle got more substantial time against New Orleans in 15 minutes of gameplay. He even received minutes in the first half. So, what does this former Loyola (Il.) Rambler have to potentially offer the Nets?

Doyle worked in Loyola and the Long Island Nets G-League squad as a 6-foot-4 high-usage scorer with just enough passing vision to make him viable in the role. In 19 games leading the thriving Long Island Nets, Doyle posted a 21.8 points, 5.8 rebounds and 3.8 assists per game stat-line with 43.1/37.6/73.1 splits.

At Loyola, Doyle made his living on the midrange pull-up jumper. His 180-pound frame makes finishing at the rim through contact a shaky proposition, despite solid touch and poise around the basket. However, Doyle has revamped his approach under the Nets organization to look for way more above-the-break threes. Doyle even took more threes than shots at the rim on his way to heaving almost nine threes a game. Hopefully, Doyle will continue to make those threes at a decent clip in the NBA while providing emergency shot creation when plays break down. A high-usage role will likely be unavailable for Doyle in the Nets rotation, even off the bench. Therefore, adjusting to keeping his mechanics sound on spot-ups and finding cutting lanes will be key for Doyle keeping his spot.

Defensively, Doyle projects best guarding most nominal opposing point guards. At 6-foot-4, Doyle’s length is a boon for the task while his lack of strength becomes as mitigated as possible. Doyle offers solid, if unspectacular, anticipation skills and attention to detail covering help rotations. He acted as the best defender on Loyola (Il.) Ramblers squads that finished within the top 20 percent of defenses in the NCAA for multiple seasons and also helped contribute to the utterly dominant Long Island Nets defense of this early G-League season, so he should definitely be helpful on that end.