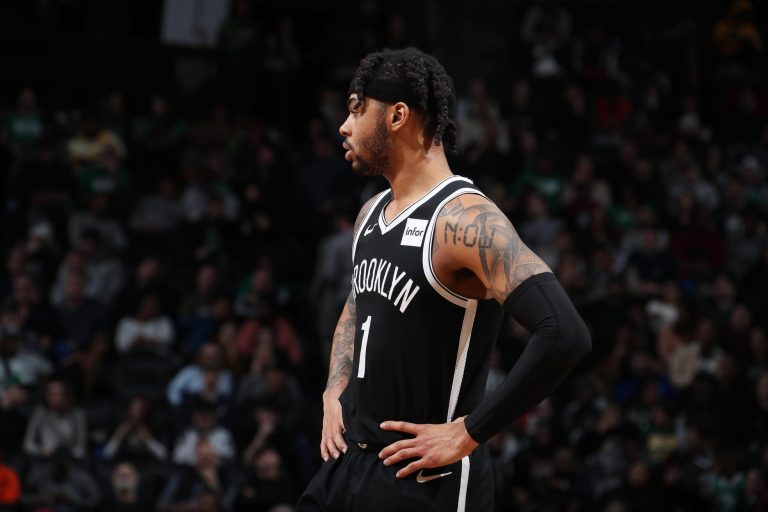 BROOKLYN, NY - JANUARY 14: D'Angelo Russell #1 of the Brooklyn Nets looks on against the Boston Celtics on January 14, 2019 at Barclays Center in Brooklyn, New York. NOTE TO USER: User expressly acknowledges and agrees that, by downloading and or using this Photograph, user is consenting to the terms and conditions of the Getty Images License Agreement. Mandatory Copyright Notice: Copyright 2019 NBAE (Photo by Nathaniel S. Butler/NBAE via Getty Images)
Home
Brooklyn Nets
Brooklyn Nets Game Threads
Jac Manuell

It’s been a long time since the Nets have beaten the Celtics. Prior to the matchup Brooklyn had lost their past 10 meetings with Boston but that all changed Monday night. On the back of some sizzling performances from Russell, Allen and Kurucs, the Nets were able to seal the game with a 109-102 win. Here’s how it unfolded.