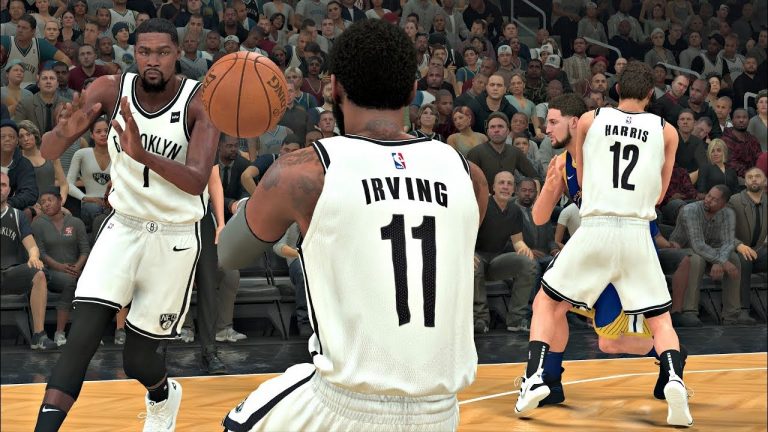 The NBA All-Star break is coming to a close and teams are starting to gear up for their playoff pushes as the second half of the season approaches. Before we get back in the swing of hyper-analysis articles on rotations or free agent targets this offseason I figured I’d do something fun which mixes my two passions; video games and basketball.

For context, this article idea came from one of the Miami Heat sites allucanheat.com. But more specifically their writer Rahmeaun Rahming. They’ve been doing articles like this for the Heat throughout the season and were gracious enough to allow me to apply the concepts to the Nets.
That being said I followed similar steps as to how Rahming set up his 2K simulations. I went and applied similar minutes to certain players and removed/added certain players based on the rotations Kenny Atkinson has been using over the last stretch of games. For example, 2K has minutes granted to Rodions Kurucs and has him in the lineup whereas in real life Rodions constantly finds himself outside of the rotation and has quite a few DNPs.

I also did my best in terms of coaching sliders to adjust the coaching game plan similar to how Atkinson runs both offense and defense. Things such as percentage of time Nets go zone on defense or how often they run plays on the offensive end were things I adjusted as close as I could. I also applied those same methods and procedures to the Sixers as well to give a more accurate 2K simulation. Mind you I’m not as well versed on the Sixers as the Nets so I did my best based off game footage and advanced stats.

Since the Nets hadn’t confirmed the status of Kyrie Irving before starting the simulations I did it twice. Once with lineups and strategy tailored for a lineup consisting of Kyrie and one without them. If anything, setting up rotations and other variables without Kyrie was easier since there is a much bigger sample size of metrics and tape on the Nets without him in the lineup.

The Nets jumped out to an early lead on the Sixers as both teams started slowly from the field. At the end of the first, the Nets held a five-point lead. The Sixers flexed their muscle though in the second quarter dropping 35 in the frame. Kyrie dropped eight in the quarter to help spur Brooklyn however Philadelphia took a two-point lead into the half. It seems as if 2K knows about the Nets’ 3rd quarter woes and applied it accordingly as Philadelphia started the quarter on a 9-2 run. The Sixers blitzed the Nets in the quarter dropping another 36 points.

The game appeared to be headed towards a blowout as the Sixers pushed their lead to 18 points. Brooklyn made a valiant comeback effort cutting the lead to 7 with two minutes left. But perhaps the team ran out of gas as Philadelphia ended the game on a 7-0 run to best Brooklyn 123-110.

The simulated game played without was not at all the desired results Nets fans would want. The Sixers jumped out to an early double-digit lead in the first quarter and never looked back. The Nets would cut the lead to two in the 2nd quarter. However, a 12-2 run had Philadelphia up by ten at halftime and that’s all she wrote. The Sixers blew the game open in the 2nd half taking as large as a 40 point lead en route to a 126-98 victory.