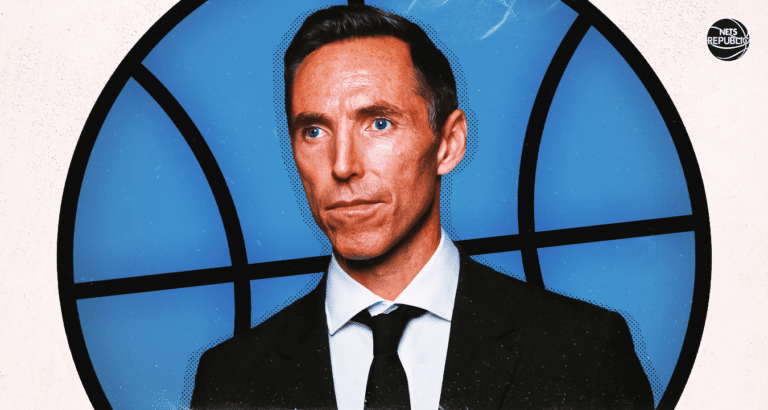 Ever since his tenure began in 2016, Brooklyn Nets General Manager Sean Marks has worked in silence. He’s leaked very little to the media and any leaks he has forgone have been careful and calculated.

And yet, this coaching search has felt different. In the months following Kenny Atkinson’s “mutual departure” was announced on March 8th, Brooklyn’s hunt for a new coach has felt public. A list made public by Marc Stein, full written reports on interest in Spurs legend Gregg Popovich.

All of this buzz around the perspective coaching gig was very un-Marksian, to say the least. Yes, the organization has changed drastically. In only the past year, Joe Tsai has replaced Mikhail Prokohov as the majority owner and Kevin Durant and Kyrie Irving were signed as free agents, shifting the balance of power in the organization.

And yet despite all the factors at play, the Nets were able to keep plans to hire Hall of Famer Steve Nash under wraps since May. Nash will start the coaching effort without any prior experience as an NBA coach. Without a true coaching background, how did the South African-born Canadian find himself leading a prospective NBA contender?

As has become customary in the player empowerment era of the NBA, any hire or signing is about connections. For Nash, these connections run deep through the Nets organization. It starts with Sean Marks, who he’s known for 20 years, and who is a former player of Nash’s Phoenix Suns from 2007-2009. Additionally, Steve Nash has acted as a consultant and player development coach for the Golden State Warriors since his retirement, forging a strong bond with Nets superstar Kevin Durant.

According to Marks, Nash searched him out over the summer, confirming he was ready for the next step and saying “I want to put my hat in the ring here.” In March, Nash was one of two candidates and he quickly became the favorite in May.

At first, Steve Nash being named head coach may be shocking, but in hindsight, he snuck right under our noses. The 2x MVP discreetly checks off all the boxes as head coach of Nets, namely satisfying all three parties involved with the search.

First, Sean Marks. No player in NBA history has spent more time sitting on the bench than Marks, so one would expect he knows his fellow players well. Nash is the pure basketball mind and leader Marks was looking for, as well as a close personal friend.

Second, Joe Tsai. Tsai’s first year as majority owner of the Nets is complete, and with his stars back and healthy, it was no surprise that he was looking to make a splashy hire. Popovich definitely qualifies, as does HOFer Steve Nash.

Third, Durant and Irving. Marks has admitted during the entire process that the stars would be involved in picking their next head coach, and rightfully so. It’s a star’s league, and Brooklyn has to do right by theirs.

In tandem with the announcement that Steve Nash would be Brooklyn’s next head coach, it was announced that Jacque Vaughn — the interim coach since Atkinson’s dismissal — would be staying on as a head assistant, the highest paid in the league.

Vaughn had been a favorite for head coaching opening after the Nets stellar play in the Orlando bubble within the organization and even interviewed for the position on Tuesday. Clearly, the club wanted him in the mix, as did Steve Nash. Vaughn’s experience in the coaching ranks will help Nash ease into the role, considering Nash has no prior formal coaching experience. Nash even went as far to make Vaughn a “requirement” of him agreeing to the job.

During the NBA restart, Vaughn was praised for his X’s and O’s, allowing his players more freedom with shot selection than they had under Atkinson. There’s a chance Vaughn and Nash work as a tandem in the locker room, with Nash being a communicator and leader and Vaughn working on the scheme on both ends of the floor.

Following the horrific murder of George Floyd, the country has protested for the Black Lives Matter cause in cities across America. in New York City, I witnessed Barclays Center becoming a for protesters to demonstrate.

NBA has launched various social justice initiatives, and the Brooklyn Nets — led by governor Joe Tsai — have been on the forefront. Tsai has donated 50M dollars to Social Justice and Economic Equality for BIPOC and opened Barclays Center as a polling site for the 2020 general election.

Head coach Steve Nash, being a white man, fights as an ally in the Black Lives Matter movement. He told The Undefeated; “It’s important for white people to take a deep look at what is occurring in our communities and what has been occurring for 400 years. A component of this conversation needs to be that white people need to not be offensive about white privilege or inequality. They just need to be honest, have those conversations, and ask ourselves how we would feel if we had endured this 400-plus-year history.”

Nash’s profile picture on social media is a photo of the late George Floyd, a black man who was killed at the hands of police in Minnesota, sparking protests. When asked why, Nash said; It’s important to support this fight. We’re going through a wave of protesting and a demand for change. But this fight has been going on for hundreds of years.”

Surprisingly, Sean Marks came out and said it: The Nets next coach would have to be someone the Kevin Durant and Kyrie Irving respected. Usually one to mince words, the GM cut right to the chase. As a 2x MVP and one of the greatest point guards of all time, he’s sure to be respected.

Irving has described Nash as “the toughest player he has ever had to defend” and during Nash’s time as a consultant for the Warriors, he would work out with Durant whenever around the team. As a level-tempered guy, he’s sure to command the room.&nbsp;Current Warriors GM Bob Myers told ESPN: “Steve Nash has the ability to walk out onto the court and earn the immediate respect of Kevin Durant or Steph Curry or Klay Thompson — and there aren’t too many people in the world who can do that… More than that, though, he can communicate with them effectively and efficiently.”

What is to be expected with how he coaches these players, though? Nash famously ran the “7 Second or Less” offense, which is considered ahead of its years. He’s repeatedly said his biggest regret as a player was not taking as many threes, which shows an appreciation for the modern game. Will the Nets team look similar to Durant’s GSW teams? Will Kyrie Irving be molded into a Steph Curry role?

Still, lots of questions remain. But no matter how you slice it, the Nets are ready to win.