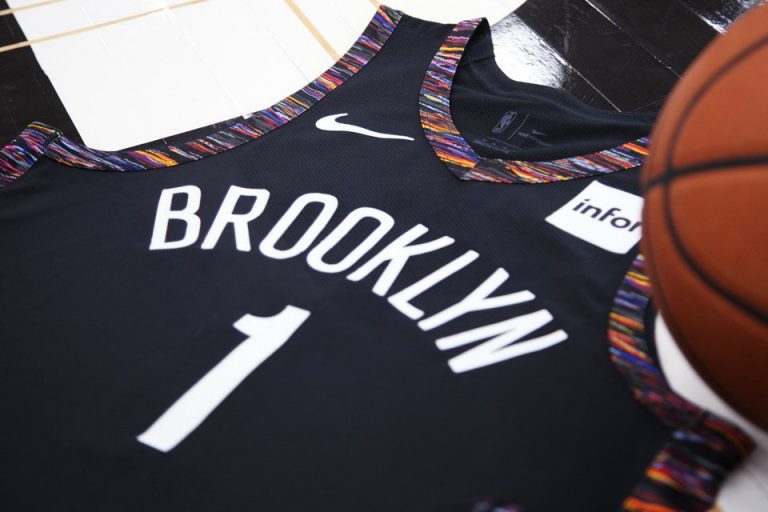 The Good, The Bad and The Ugly: Three Potential Season Outcomes

It is that time of the year again: the time for upsets, for overreactions, for “load management”, for building or destroying legacies, for getting in the championship run, and for snatching the best shot at reaching Mount Zion’s summit.

In the case of the Nets franchise, well, I don’t think anyone really has any clue of how things may ultimately turn out. The East standings are a packed field of chaos from seeds No. 6 to No. 9. The season is winding down and the four teams in the battle for the three last playoffs spots in the Eastern Conference have between four and six games to play and seal their fate.

Brooklyn, as I was saying, is in the middle of all of this wrecking hurricane, and could end as the sixth-best team or inside the lottery bunch as the ninth-best (or seventh-worst, if you prefer it) in the East. Those are the two clear possible outcomes. The Nets either make or don’t make the playoffs. As easy as it sounds.

Looking a little deeper and in more detail, there are three potential scenarios that could develop during the following days, weeks and even months. As an ode to Clint Eastwood and Sergio Leone—who don’t have anything to do with Brooklyn as far as I know but I still love them and their films, so that’s it—I have thought of three different ways the Nets’ postseason and offseason, and labeled them as the famous western I must have seen countless times.

I will explore the three scenarios one by one, fantasizing of what would make them happen and how they will impact the short- and long-term future of Brooklyn. Because, what is better than building stories that have nothing to do with reality in one’s head? Let’s go!

I know, I know things have not looked good lately. The Nets have split results since the All-Star break, sitting at 9-9 since the mid-February classic. They just lost against the Bucks and the standings are as packed as they can be. But keep calm, because losing to Milwaukee will only help foster this team during the last four games left on the schedule.

Hear me out. The Nets still have to play games against Milwaukee, Indiana, and Miami. Toronto and Milwaukee are pretty much locked into the second and first seeds already with that last Bucks win. There is a three-game different between them and they won’t probably change places. The 76ers (No. 3 in the East) can’t reach the Raptors, and won’t be caught by Boston nor Indiana (Nos. 4 and 5). What does all of this mean? Resting people; load management as those hipster kids say nowadays.

Brooklyn could face the easiest possible schedule to end the season. Milwaukee has no reason to play Giannis or any heavyweight when they’re the de-facto best regular season team in the NBA. The Pacers will face the Celtics and they’re only playing for home-field advantage, so I’m betting on a tough game here with a win for Brooklyn. And by the time the Nets face Miami on the season’s finale, well, Brooklyn will already be a playoff team. Yay!

But wait, because good things don’t stop there. Although this outcome is good to this point, we need to keep grounded and be honest and real about Brooklyn’s chances. No matter who they end up facing in this scenario (be it Milwaukee, Toronto, or Philly) they will be out by the end of the first round. No upsets here. It is reasonable. Making the postseason after all of those years is good enough, let’s face it and embrace it.

What is truly good, though, is that to the eyes of many this franchise would look like something, finally. So come July we will see D’Angelo get a new contract to remain repping BKN no matter the cost and with the remaining cap space we will also hear about top-tier free agents considering the Nets as their future team. Not only that but one or more of Durant, Leonard, Jimmy, Klay or Tobias will get on the roster. The FO will make it work. Oh, and that guy they picked in the teens during the first round of June’s draft. Watch out because in no more than a year he’ll have improved enough in the G-League as to be called to the main squad and be an important part of the big-time Nets in the L.

I already wrote about it a few days ago, and given the current standings, it is not a crazy thought to think that Brooklyn can easily miss the playoffs. There are four teams in a one-game space, fighting for three places. The Nets have the worst remaining schedule of them all, and even a closing game that could potentially turn into a win-or-go-home match.

Looking at some stats, it is very reasonable to think Brooklyn will be out of the postseason. The Nets have a 12-8 record in games decided by three or fewer points. No other team of those in the race (Detroit, Miami, and Orlando) has a positive record in those matches. Consider that being a little lucky. Also, since the All-Star break, Brooklyn is 9-9 while those other three teams all have winning records and are on the rise. Everyone is getting better at the time Brooklyn is staggering a little.

All in all, though, Brooklyn will somehow still make it to the season finale against Miami with chances of getting in in a do-or-die game. Much like last season in the battle between Denver and Minnesota, the up-and-coming, young and faithful Nets will fall to the veteran-Wade led Heat. Cold world. All of this swimming to die drowned on the shore.

There is always next season, I guess, and with the foundation in place, Brooklyn as a whole (front office and fans) should feel great about an almost super successful season after all. The Nets’ average age is one of the lowest at 25.6 years, they already have an All-Star player on the roster in D’Angelo Russell who is only getting better by the day, and the team has made quite a leap from the past few years performance levels.

We can all agree there is a ton of upside here. The franchise has put on work and results are coming. Yes, this scenario comes out as a bad one, but not all is lost. A lottery pick is golden to this front office. If they could get the likes of Jarrett Allen (22nd pick) or Rodion Kurucs (40th pick) back in the day, there is nothing stopping them this next June while facing the election of another potential starter that ends becoming a franchise cornerstone.

Add to that D’Angelo coming back. It will probably require an overpayment for a player still trying to establish himself over a longer period of time. He doesn’t deserve a max deal, but his restricted free agency may end in Brooklyn being forced to hand it to him, complicating the future of the franchise a little.

To keep with the “bad” side of the scenario, no other renowned free agent will sign with the Nets. After countless rumors of this and that player seeing Brooklyn as a good place to ball, they will all pass on the chance and sign elsewhere. The franchise won’t lose any key piece, but the building of the team will have to stay at the current pace and won’t be fast-forwarded as it could have. Bad, yet not that bad at the end of the day.

Find me a worst season-ending stretch and you’ll get a prize. The Nets already lost to the Raptors. Milwaukee is the place they’ll visit after that and do you know the outcome? Loss again. By that time, Brooklyn will already be on the verge of missing the postseason, if not already out of them. Flight to Indiana to face the Pacers, which are locked into a battle with Boston and need a win against the Nets to have homecourt advantage, which they will help with a win over Brooklyn. And the thing will only get uglier against Miami. Wade will play like yesteryear and hang 50 on the Nets to put the Heat on the playoffs for a final time in his career and taste the sweetness of the postseason before calling it quits.

Quite a ride, isn’t it? Wait, because we’re not done.

After a dismal end of the season, in which they went 0-5 in April, the franchise will start to think about its future and maybe not-as-good-as-it-looked present. What if all of this was just a fluke of a campaign? What if Russell’s All-Star nod wasn’t that merited and just saw him putting on a show just at the exact right time in a short amount of games that never repeats itself? What if all of what seemed to be a nurtured development of players through G-League means was, well, just a pack of lucky performances bunched together and a mirage?

Brooklyn fans, all in one united voice, will bash the team for ultimately failing and leave them without anyone to root for after what seemed a clear extended season at one point. This will cause chaos. Russell already experienced criticism in Los Angeles and full of them saw the change of scenery as a blessing. He won’t hesitate to change course again (even more now as a free agent), and Brooklyn’s front office won’t make the slightest of efforts to extend his contract, losing him in July.

You heard about KD moving from Golden State and bringing his game to New York, right? Maybe New York means Brooklyn, could it be? Could, but no. Durant will sign with the Knicks, form a big-three with Kyrie and Zion (because Knicks) and smash Brooklyn’s forehead time and time again for the next 10 years while the Nets fall down to the deepest of abysms again.

After striking homers in the past few drafts, Brooklyn will come back to the average, regress to the mean, and pick a couple of busts in the lottery. Turned out development was just another fantasy, a fluke, and something unsustainable in the long run. The Spurs, though, will draft another South American never heard of in the late fifties and turn him into an MVP. Life sucks.

It can’t get uglier, but I don’t want to keep going that way. Why you say? We can fantasize all day, and I will never run out of ideas to drag anyone as down as I can but it is pointless.