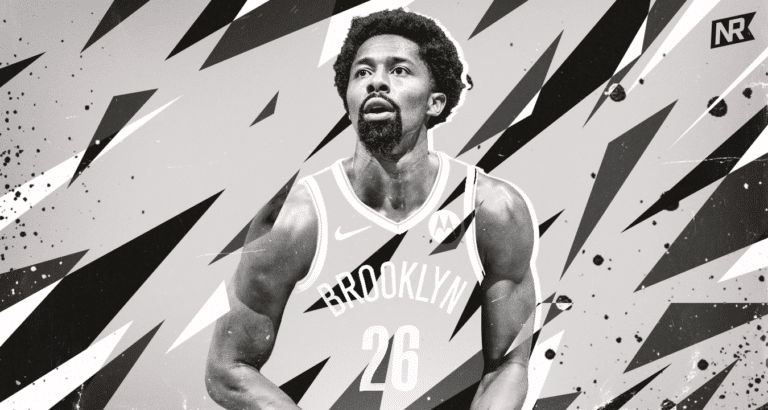 Spencer Dinwiddie is the self-proclaimed “glue” of the Brooklyn Nets. One preseason game in, does he have a point?

Over the offseason, Spencer Dinwiddie compared himself to Golden State Warrior and ruthless trash-talker Draymond Green when asked about his role on the new-look Brooklyn Nets. (Offensively, that is.)

Green was the 2017 Defensive Of The Year and has been lauded for his invaluable switchability, an ever-so-important skill in the Modern NBA. Dinwiddie, on the other hand, has been average at best on defense — he was rated at a lousy -2.2 by FiveThirtyEight’s RAPTOR — and simply has not shown the motor and effort that Green has during the Warriors dynasty (in fairness to him, no player has).

Dinwiddie on his role next season: "Obviously, we don't know who's gonna start and who's gonna come off the bench as of right now. I viewed myself – if we were gonna take the GSW model – as the Draymond Green, the glue. Sometimes I get 10 rebounds, sometimes I get 10 assists."

Dinwiddie called himself the “glue” of the team. What does being the role of being the “glue”, entail, you ask? Contrary to what the name might suggest, you aren’t expected to stick to one area on the floor. The “glue” is what holds a team together, someone who can make an impact without scoring. After all, Draymond Green is the only player in NBA History to record a triple-double without points.

The skill players around Draymond in Golden State have looked a lot like these current Brooklyn ones; Kyrie Irving is a skilled, undersized point guard just like Steph Curry, and Kevin Durant is still Kevin Durant. Green’s job was pretty simple: put them in the best opportunities to score.

Coach Steve Kerr used Green often in the screen-and-roll at the top of the key, and Green was able to use his masterful passing in the short-roll. Obviously, Spencer Dinwiddie is a guard, not a power forward, but that doesn’t mean coach Steve Nash hasn’t been taking notes from Stever Kerr, who once mentored him in Golden State.

In the clip above, Dinwiddie is being used as the ball-handler in the screen and roll, but this one consists of two guards: him and Irving. The roles can be switched, and Dinwiddie’s skill in a 1-5 screen with DeAndre Jordan combined with Irving’s gravity and well-timed curl gives Kyrie just enough space to nail the and-one.

This connection is nothing new for the two guards. According to NBA Stats, Kyrie Irving shot 56.7 percent from inside the arc off of Dinwiddie assists last year, several percentage points higher than his 52.2 percent average. On the flip side, the Nets can switch the connection and have Dinwiddie pick-pop for a catch-and-shoot three, which he converted at a fantastic 44.8 percent clip last year when being assisted by Irving.

Dinwiddie’s new “glue guy” role includes more than passing, in which he was already very proficient. No. 26 is making new strides as a rebounder, too.

Standing at 6-foot-5 and weighing at 215 pounds, there’s no reason Dinwiddie can’t blossom into one of the better rebounding guards. In past seasons, however, he has been a complete non-factor on the glass, placing in the last percentile (which, wow, not great) by Cleaning The Glass both offensively and defensively last year.

Now, in fairness, Dinwiddie was controlling nearly every possession he was on the floor with a staggering 32.6 percent usage rate, which resulted in him frequently out of rebounding position. On Sunday night with Irving and Durant controlling the ball, that started to change.

Here, Dinwiddie’s off-ball positioning leaves him open to grab an unclaimed rebound, and he delivers a pass to Durant in rhythm. KD capitalizes by throwing down the hammer (hey, that Achilles’ looks pretty good.) In the past, Dinwiddie’s passing was used driving downhill off of a screen-and-roll, and while that skill most certainly won’t be ignored this coming season, his ability to play-make with stars on the floor will prove to be essential on a Brooklyn Nets squad with championship aspirations.

This is what I’d like to see more of from Dinwiddie: active and engaged defensively on the weak side of a pick and roll, then correctly bumping down to the roller, fighting for the rebound to push the break immediately. This is just basic “glue guy” stuff, which is exactly what the Nets need from him. Even though Wagner is a whopping five inches taller than him and had inside position, Dinwiddie was able to come away with the ball using his verticality.

Still, it’s important not to lose sight of Dinwiddie’s versatility in play style. When the stars are off the court, he can revert back to what he’s been in the past few seasons: a heavily ball-dominant guard who creates for himself and others efficiently. All but one of Dinwiddie’s six field goal attempts came with Irving and Durant off the floor, proving Dinwiddie can adapt based on the personality around him.

Ultimately, Spencer Dinwiddie is well on his way to successfully accomplishing his goal of being the “glue” for the Brooklyn Nets this season without compromising what already made him a borderline All-Star level point guard. Whether or not it will be enough to will Brooklyn to a championship past the likes of the Los Angeles Lakers remains to be seen.