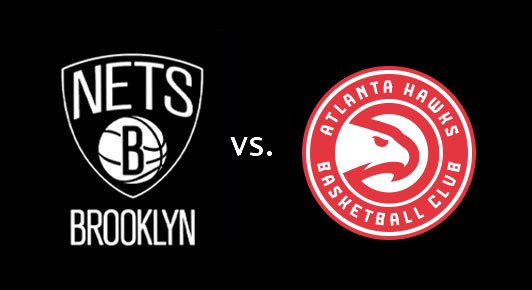 The Brooklyn Nets are looking to bounce back from one of the worst losses of the season on Friday versus the Washington Wizards. They were out played from start to finish as they looked tired from the long week of games. The Nets look to try to steal this game away from their big brother on the road before returning home for Tuesday’s game against Philadelphia.

Luckily Brooklyn can catch a break with Atlanta not being at full strength, as both starting shooting guard Kent Bazemore and All-Star power forward Paul Millsap are sidelined with injuries. Atlanta will rely on Dennis Schroder and his aggressive takes in the lane for a lot of their scoring. Brooklyn famously struggles against quick guards and Schroder is elusive enough to make the Nets pay today.

If Brooklyn wants to come away with a victory they will need to get Brook Lopez involved early and often, shut down Dennis Schroder, and cut down on turnovers.

Brook had only six points, two assists, and seven rebounds while only taking eight shot attempts in 21 minutes of action. Jeremy Lin mentioned postgame how he regrets not getting Brook more involved and took responsibility for it, so expect Lin to force-feed Brook the ball early and often in this game. Dwight Howard is a great interior defender but Brook should be able to exploit him from deep.

With Bazemore and Millsap out of this game the Hawks will turn to Schroder as the primary option. Howard is a threat on lobs and put back dunks, but is far from a skilled big. Outside of that, the options are a little slim for consistent scoring. The Nets should think about switching LeVert and Lin on screens because Lin can without a doubt handle Sefolosha and LeVert could erase Schroder with his length and superior footwork.

Lastly, the Nets will need to cut down on their obvious Achilles Heel; turnovers. Turnovers have always stifled their ability to gain momentum and the Hawks will look to swipe as many passes as possible. Since Lin’s return, the turnovers have been relatively down, but Brooklyn has a chance to sneak away with a victory against a team that is in a much better place than they are. If they want to win, they’ll need to limit the obvious mistakes and play like a cohesive unit.