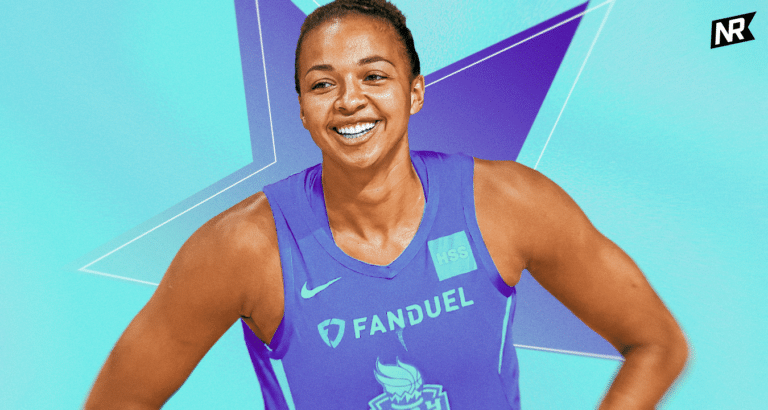 Happy Birthday, Kiah Stokes! Why We’re Excited for Another Year

How did newly-minted 28-year-old Kiah Stokes earn a new contract after the New York Liberty’s bubble endeavor? NR looks back.

Join us in wishing our vet, @kstokes41 a safe and happy birthday! 🎉🎈 pic.twitter.com/sf81BCYz8J

Kiah Stokes went to Florida and all she got was a not-so-lousy new contract.

Stokes, who turns 28 on Tuesday, was inked to a new one-year deal shortly before the Liberty partook in their season finale in September. The UConn alumna is one of the Liberty’s longest-tenured members, joining the team as their first-round pick (11th overall) in 2015. Last season was a return to the hardwood for Stokes, who sat out the entirety of the 2019 campaign due to international duties and personal reasons.

“Kiah is an integral part of our team and she has shown tremendous growth in her game both offensively and defensively this season,” Liberty general manager Jonathan Kolb announced upon her re-upping. “As one of the best shot blockers in the league, her physicality and ability to stretch the defense is something that is integral to the Liberty’s culture and future success.”

In celebration of her big day, NR looks back on how Stokes got her extension…

Kiah Stokes with the range 🔥🔥

As the Liberty’s all-time leader in blocks and someone who’s listed as a center, Stokes might conventionally be seen as an exception to the team’s newfound propensity to shoot from deep. On the contrary, Stokes embraced the concept openly, putting up 85 three-point attempts. While her accuracy left something to be desired, the 20 conversions certainly weren’t bad for someone who attempted a mere three 3-pointers heading into last season. What began as a practice pastime has more or less evolved into a regular part of her game.

The new skill was enough for former teammate Amanda Zahui B. to nominate Stokes for the Most Improved Player award (ironically, the Liberty added the 2020 title’s eventual bearer, Betnijah Laney, in February). Head coach Walt Hopkins praised Stokes for her confidence in fostering this new skill.

“Kiah’s done something really hard (and has) embraced an entirely new role,” Hopkins said toward the end of the season. “It’s a lot harder than people think … you have to put yourself out there and do something you’re uncomfortable with … she’s not passing open looks anymore.”

Kiah of the Hill

With Kia Nurse and Amanda Zahui B. heading out west to Los Angeles and Phoenix, respectively, Stokes is the sole “survivor” of the Liberty’s “baby vet” dormitory on the campus of IMG Academy. The team went out and obtained some of her veteran contemporaries (Seattle imports Natasha Howard and Sami Whitcomb among them) and also expects to get back some of her New York vets like Rebecca Allen. But the organization has not forgotten Stokes’ role as a leader.

“Stokes has been a rock for this group in a lot of ways, in spite of her going through what has to have been the most difficult mental season in terms of being uncomfortable,” Hopkins said. “She’s the quintessential teammate and worker. Seeing the strides she’s made, we’re really excited to see her grow.”

As the Liberty prepare to celebrate their 25th anniversary, the team will certainly pay homage to the great shot blockers in Liberty history like Sue Wicks, Tina Charles, Elena Baranova, and Shameka Christon. Stokes, however, tops them all with 189 blocks, a record she broke during the 2018 season. Her most memorable metropolitan swat was perhaps among her first, coming as a rookie during the 2015 WNBA Playoffs. With the Liberty clinging to a 77-74 lead in a winner-take-all third game against Washington, Stokes rejected Ivory Latta’s attempt at an equalizer, allowing the Liberty to move on to the conference final. For her freshman efforts, Stokes was named to the WNBA’s official all-rookie team alongside teammate Brittany Boyd.