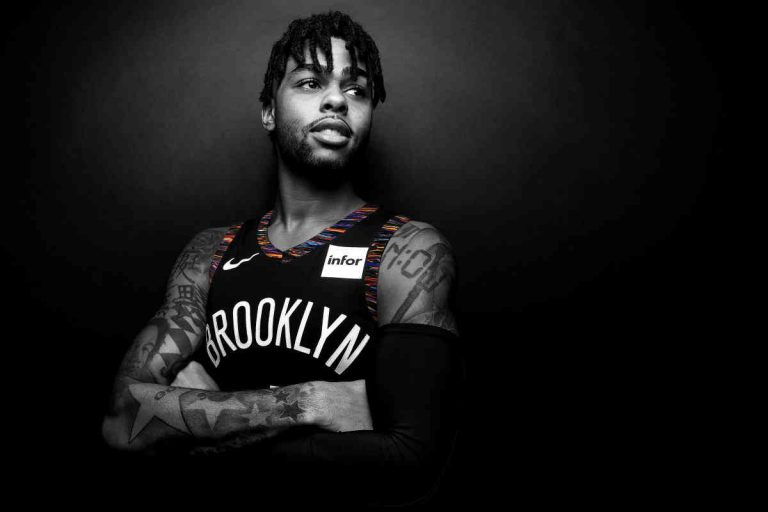 Another week of Brooklyn Nets basketball is upon us, with four games on this week’s slate. As always, I talked to people are familiar with the teams.

This week, I talked to Jake Paynting of Canis Hoopus, Nekias Duncan of Miami Heat Beat, Nate Wolf, the Wizards writer for BBall Index, and Robert Flom of Clips Nation.

Jimmy Butler is gone now. What do you think of the pieces the Wolves acquired, Robert Covington and Dario Saric?

I expect both to make an immediate impact. Minnesota has been jacking a lot more triples this season and both Covington and Saric provide that in spades. On top of that, RoCo can essentially replace Butler’s elite defensive presence. Saric is the guy I am most excited about in the future, I’m not sure Thibs will start him (stupidly) but eventually, I believe he will be a brilliant fit next to Karl-Anthony Towns. I like the trade overall.

This season is off to a rough start. What, aside from the Butler situation, has been the biggest reason for the team’s struggles?

Aside from the Butler situation, which is now over, there have been a few things that have plagued Minnesota. Firstly, they haven’t been able to stop anyone defensively, and even when they do they are unable to grab a defensive rebound. Butler and Derrick Rose playing isolation ball really did hurt Minnesota, but mainly Karl-Anthony Towns, who has had an underwhelming start to the season. It will be interesting to see if they improve without the Butler fiasco playing out. I would say they do.

Who wins — Nets or Wolves?

I’d have to say the Nets at this stage. Minnesota will need time to adjust to their new additions, and Brooklyn has been playing some really fun and effective basketball. They are a team I love watching.

I’ve been really impressed by Josh Richardson this season. What do you think his ceiling is?

We’re still trying to figure that out, honestly.

A couple of years ago, I had a hard time seeing Richardson becoming more than an above-average defender because of his decision-making. Now he’s elite.

I also thought he’d mostly be a solid spot-up guy with an ability to attack a closeout every now and then; he’s now canning pull-up triples and running PnR with some craft. His growth from last year to this one has been incredible.

I’m still not sure he becomes Jimmy Butler — he just doesn’t have the shake off the bounce to be that kind of isolation scorer — but I can see him turning into an All-Star. The coaches pick variety, but still an All-Star.

I was expecting Bam Adebayo to play a bigger role this season, but it looks like Hassan Whiteside is working out at center after all the uncertainty around his future with the team. Do you see Bam growing into a larger role as the season goes along — I know at this point he’s eighth on the team in minutes.

It’s hard to get a read on it right now.

As you said, Whiteside has played very well to start the year. Kelly Olynyk, while he’s been uneven this year, provides a stretch element that the other two bigs simply can’t. He needs time. Whenever James Johnson gets healthy, he’ll probably log some minutes at the 5 in small-ball units as well.

It’s hard to see a path to Bam getting more than 15-18 minutes a night without an injury or trade.

I will say, however, that I’d like to see him more involved in the offense when he’s out there. He doesn’t even look at the basket in DHO situations, and he should honestly feast taking slower bigs off the dribble.

Who wins — Nets or Heat?

I think the Heat pull it off, but barely. Rodney McGruder will have his hands full with Caris LeVert; Goran Dragic has struggled to track guards in high pick-and-roll, so it wouldn’t shock me if Spencer Dinwiddie had himself a day.

Ultimately though, Whiteside vs Jarrett Allen should swing this game. I just don’t see Allen winning that matchup. As talented and nimble as he is, he just doesn’t have the mass to bang with Whiteside. Whiteside ending possessions on the defensive end, and creating some extra ones on the offensive glass should swing things in Miami’s favor.

So, ummmmmmm…what’s wrong with the Wizards?

As much as I’d like to use X’s & O’s and advanced numbers to tell you why the Wizards are struggling, those factors wouldn’t give you the full story. The common thread between all of their issues — the inability to cover simple pick and rolls, the lack of open looks from three, the historically bad rebounding rate — is effort and communication. The Wizards are absolutely silent on defense, which leads to some rec league-level mixups. They also fail to make effort plays like boxouts, loose ball recoveries, and quick but controlled closeouts. All told, they have the 28th ranked defense, and when they don’t get stops, Wall & co. can’t play in transition going the other way.

Dwight Howard missed a lot of time early on, but he’s back. I haven’t had a chance to catch any Wizards games yet — how is he looking?

First off, Howard is a clear upgrade on Ian Mahinmi. The team has been 5.6 points per 100 possessions better with him on the court than when he sits. He’s added some rebounding prowess, especially on offense, and he’s finishing at an elite 80 percent rate around the rim.

But he’s also doing some typical Dwight Howard things — ugly faceup jumpers, plodding jogs up and down the court, begging for post-ups when in with the second unit. And on top of those negative plays, his mobility has really evaporated. Howard has no chance covering the pick and pop on defense, which leaves the Wiz vulnerable to stretch bigs. Even when he’s in the paint, he’s had a difficult time sliding over and protecting the rim. The Georgia native has tallied just two blocks in 146 minutes.

Who wins — Nets or Wizards?

I think Brooklyn will take the W. The Nets have less talent, but they play with an intensity and speed that may unsettle this moody Washington squad. The Wizards bench has also been putrid, and I think Spencer Dinwiddie, Rondae Hollis-Jefferson, and Ed Davis will have a big second quarter performance.

I had a lot of questions about the effectiveness of Tobias Harris and Danilo Gallinari being an NBA team’s top two scorers, but the Clippers are right there in the playoff hunt. Why was I wrong?

Well, I think part of it is that Gallinari was so injury-stricken last year that people’s opinions of him became a bit too negative. He was very good for the Nuggets in 2016-2017, and while that team was mediocre, it was also before their young guys broke out. He’s always been a fringe All-Star talent (on the offensive end) when healthy, and while his athleticism is definitely not where it used to be, the shooting, free-throw drawing ability, and footwork in the post are all still there.

Tobias Harris has been awesome this season. He’s getting to the free throw line and basket more, boosting his efficiency, and at 26, you’d be forgiven for thinking he’d been done improving with his breakout campaign last season.

Really though, while those two guys are the Clippers’ leading scorers, the Clips success this season has to do with it being a team effort. Lou Williams and Montrezl Harrell form the NBA’s best one-two punch off the bench, and Boban Marjanovic has carried the team to a couple of victories as well. Meanwhile, Shai Gilgeous-Alexander has been a revelation as a rookie. The Clippers need contributions up and down the roster to succeed and have been getting them so far.

I’m really interested in the backcourt rotation and how it’ll keep evolving as the season continues. Can you talk a little about how you see that looking a month or two down the line?

Yeah, the backcourt is really tricky. On one hand, perhaps the biggest question before the season (how many minutes would Shai get out of the gate, and when would he start?) has already been answered. He’s playing a lot, and Doc says he has the starting job alongside Pat Beverley. That means the usual bench guards will be Lou Williams and Avery Bradley, which should be a snug fit. However, balancing the minutes of those four guys is difficult.

Lou Williams is the Clippers’ best shot-creator (just check out his game-winner from Saturday) and one of their better playmakers. Yet he’s also the worst defender of those four guards by a lot, and in games when he’s off, his turnovers and questionable shot selection can be crippling.

Similarly, Avery Bradley and Pat Beverley have dogged defenders, but their lack of offensive prowess (especially Bradley) is noticeable since the Clippers don’t have any true superstars for them to play off of. My guess is that Shai and Beverley continue to start together and that the Lou-Shai pairing closes out games often. However, depending on the contest, Bradley or Beverley might get more minutes than either of those guys as well.

That’s not even bringing in the other Clippers’ guards. Doc Rivers has gone small with three-guard lineups quite frequently, so Jerome Robinson, Milos Teodosic, Tyrone Wallace, and Sindarius Thornwell have all received minutes as well. Wallace is the best attacker and most versatile defender of the group, Thornwell balances defense with at least the semblance of an outside shot, Milos is by far the best passer and shooter, and Jerome has shooting and upside.

Personally, I think Ty Wallace should be getting more run, as he’s a great fit with the Clippers’ other bench players. Milos is probably the top trade candidate: he’d be great as a backup point guard for a team with less depth than the Clips.

Who wins — Nets or Clippers?

Clippers. I’m a bit worried about Jarrett Allen, who is far quicker and more athletic than Boban Marjanovic and Marcin Gortat, and a lot bigger than Montrezl Harrell. Similarly, Caris LeVert will be a tough cover for most of the Clippers’ usual guard and wing rotation (though Ty Wallace or Thornwell are good matches for him, I think). However, the Clippers have a more talented roster as a whole, and they’re not a team that the Nets will out-hustle. Should be a fun game though, and I would not be surprised by the Nets emerging victorious.