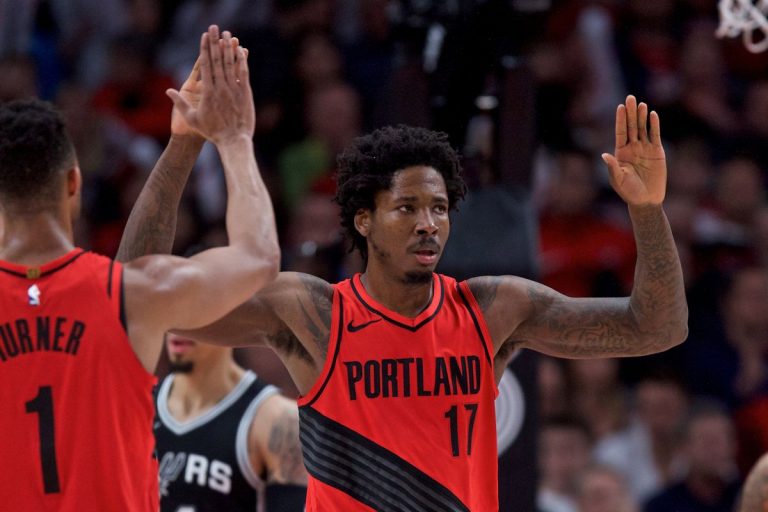 The Brooklyn Nets made the surprising move of picking up former Portland Trailblazer, Ed Davis, on Friday night for a reported one-year deal worth $4.4 million, according to ESPN’s Adrian Wojnarowski. The move was fairly unexpected, with most projecting Davis to stay on the Blazers or move to a more competitive team like the Philadelphia 76ers.

The deal appears to be pretty smart for the Nets, as Davis is a versatile big man who could form an interesting combination with Jarrett Allen or give the team some semblance of a stopgap behind him.

The team has been looking for front court depth for what feels like forever, and the last players to try to fill in that gap–Jahlil Okafor and Timofey Mozgov–were disappointing throughout their Nets tenure. Davis has the tools and experience to potentially fill that role and could improve their horrendous defense. Sure, he’s not a needle-mover by any means on either end of the ball but he’s a well-rounded player and a significant upgrade over the guys currently filling those spots on the team.

Davis averaged 5.3 points per game last year, while picking up 7.4 rebounds and .7 blocks. He was an inconsistently impactful player for Portland, sometimes appearing to have finally developed into a difference-maker and sometimes failing to get off the bench. Defensively, he has the rare ability to hang adequately on the perimeter and still capably defend the paint. He’s not going to be good enough on that end to warrant taking minutes away from Allen, but his ability to hold his own should help the team a lot.

Even though, he’s not a high-level role player, he was arguably worth more than what the Nets gave him, and this is a good contract for a team that needs any depth it can find.