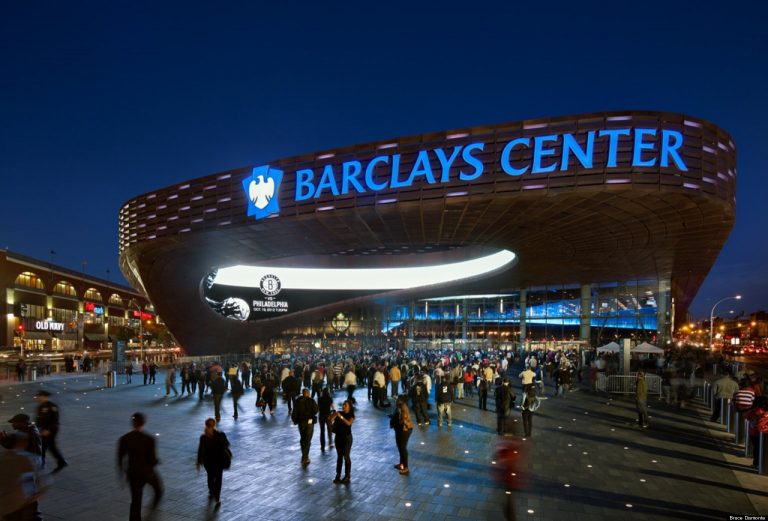 Beyond Barclays: Brooklyn Is Scouting TBT, What Acy Has Been Up To, & More

Beyond Barclays is your (almost) daily update on news surrounding the Brooklyn Nets & what the players are up to during the offseason. If there is anything you want to see us write about, let us know in the comments below.

To say the Nets are looking for talent everywhere would be an understatement. According to ESPN’s Fran Fraschilla, the Nets were at the most recent The Basketball Tournament event (in Brooklyn) scouting former Ohio State and Boston Celtics forward Jared Sullinger.

Sullinger is looking for a job after washing out with the Toronto Raptors. He has been battling weight issues and is campaigning for an NBA comeback while playing with the Ohio State alumni team in The Basketball Tournament that is being broadcast on ESPN.

Shirt campaigning aside, Sullinger offers something interesting for the Nets if he can figure out his weight issues. He is a skilled big that can pull down rebounds with the best of them. He is three-weeks a vegan, down to 285, and has looked pretty good so far for the Scarlet and Grey in TBT. For the right price, Sullinger would be fascinating on this team. His skill set fits with what the team needs and he stands to hone his skills under Kenny Atkinson.

Where in the world is Quincy Acy?

For those of you who are concerned why you haven’t seen Quincy Acy at Summer League or in various workout pictures that even feature Andrew Nicholson, he’s been living it up his honeymoon. In fact, the Brooklyn Nets guaranteed his contract on his wedding day, so I can imagine the trip is extra sweet.

This sailfish that the Nets’ Quincy Acy caught is pretty impressive ? ??

Looks like @QuincyAcy & Mrs. Acy is honeymooning in Phuket, Thailand.

Here’s Jessica Acy with a ?. pic.twitter.com/QTR0a1mnPA

I’m happy to see Quincy Acy enjoy his summer and honeymoon. He was one of the hardest working, grittiest, fundamentally sound players on the roster. After being signed out of the D-League he made an instant impact. In addition to shooting 43 percent from deep, he was the strongest and most reliable rebounder on the roster.

His hustle plays and stroke from deep quickly made him one of my favorite players on this rag-tag roster last season. If you remember, he was signed during the middle of Jeremy Lin’s hamstring injury that derailed the season. Acy was a shot in the arm for people that watched every Nets game, I look forward to seeing how he builds on last season’s success.

The Nets signed Yakuba Ouattara out of the French A-League to a Two-Way contract on Friday. In just over thirty games played, he averaged 11.8 points on 51.4 percent shooting from the floor and 40.0 percent from deep to go along with 3.3 rebounds in 23.9 minutes per game.

According to the statement released by the team, Ouattara is a native of Tepa, Ghana. He has been on the French national team because of the unavailability of a Ghanaian national team. He is 25-year-old and started playing professionally in 2012. He spent two seasons with Elan Chalon in the French LNB Pro A league before joining AS Monaco Basket for the past two seasons.

Ouattara signed a two-way deal, meaning he can spend up to 45 days with the Brooklyn Nets in addition to his role with their G League affiliate, the Long Island Nets. He was the first two-way contract Brooklyn has signed and should thrive in Long Island. All I hope is that Milton Doyle is next.

Can you smell what the Lin is cooking?!

If you thought Jeremy Lin’s brand couldn’t get any bigger, think again! Because the Nets point guard is getting his own fragrance this October. Now you no longer have to wonder what your favorite player smells like, because it’s going to be available for both men and women.

Personally, I love seeing players expand their brand. Lin is one of the few players in the NBA that is truly a global superstar and is incredibly marketable. He will probably see success in any product that launches with his name attached to it.

Let’s be real. If she isn’t wearing the JLin scent, she probably isn’t the one.