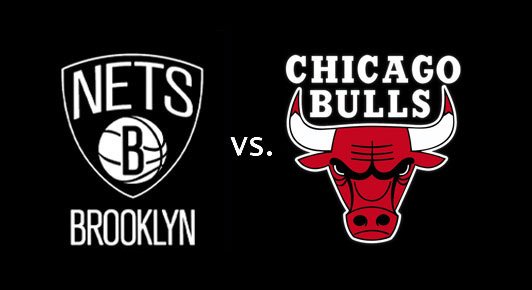 Just two days after Randy Foye worked his magic against the Hornets, Jimmy Butler worked his magic tonight against the Brooklyn Nets. Brooklyn was up 97-90 with three minutes and change left in the game, but then Butler did his thing and the Bulls went on an 11-2 run to close out the game.

With Jeremy Lin out, Brooklyn had a really tough test on their hands going into Chicago and trying to defeat the Bulls whom of which have already beaten Brooklyn by a bunch back on Halloween. Tonight was a different story. Brooklyn came out of the gates on a 9-0 run, lost the lead at the end of the first quarter, and then the teams were back and forth the rest of the way. That is when Brooklyn blew their seven point lead.

Bojan Bogdanovic, who is not known for his defensive abilities, was the one responsible for guarding Butler with 12.6 seconds remaining and the game tied at 99. There are better options such as Rondae Hollis-Jefferson or Isaiah Whitehead to guard Butler in that situation.

Either way, Brooklyn lost the game and a huge stat telling why is free-throws. The Bulls made 28-29 from the charity stripe. Anytime a team hits 28 free-throws, it will make a huge difference. The Nets could not stop fouling and the Bulls were lights out form the stripe.

Brook Lopez and Sean Kilpatrick get A’s on the night. Brook was taking on his twin brother in Robin Lopez tonight, and he got the better of him. Lopez scored a team high 33 points on 12-20 shooting and 5-6 from three. Two of his 33 points came late in the game. Lopez slammajamma’d a ball home over his brother Robin to tie the game at 99 with 12.6 seconds to play.

Sean Kilpatrick had 18 points on 6-14 shooting and 4-9 from range. Skilpatrick also chipped in with three rebounds, six assists, and a steal. Kilpatrick continues to shoot the ball well and play well overall. Kilpatrick will need to continue this with Jeremy Lin out for an unknown time.

Trevor Booker and Randy Foye get B’s on the night. Booker had offensive struggles as he only scored six points on 3-7 shooting. It was the rebounding department in which he dominated. Booker came down with 14 rebounds on the night and two of them were offensive with a little more than three minutes left that set up two Sean Kilpatrick free-throws to put Brooklyn up seven.

Randy Foye got some solid minutes with Lin out. Randy Foye came home with 11 points on 5-9 shooting. Foye also brought down five rebounds and a steal but only dished out one assist. Foye is looking better with time and Brooklyn hopes he can continue to play as well as he has of late.

Bojan Bogdanovic gets a C on the night. Bogie only scored 10 points on 4-11 shooting. Bogdanovic also grabbed two rebounds and dished out two assists. He is also the one that was guarding Butler at the end of the game and he did not do a terrible job, but not a good job either. Bogie played better tonight than in his last start, but he still needs to be better.

The Nets now sit at 8-23 on the season and still have not had back-to-back wins all season long. Brooklyn will travel to Washington D.C. to take on the Wizards and John Wall Friday night. The Bulls have a meeting with Paul George and the Pacers up in Indianapolis Friday night as well.