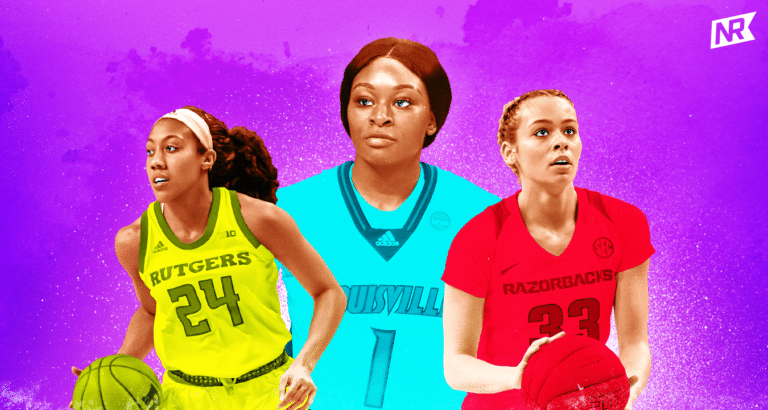 The WNBA draft is just days away. The NCAAW women’s tournament has wrapped up and now the focus shifts to the WNBA.

Under the NCAA’s rules that is allowing seniors to return to school for another year due to the ongoing pandemic, the league has required anyone wanting to enter the WNBA Draft this year to enter for the draft by April 10. The official list stands at 53 collegiate players and the NCAA will also accept any undrafted players back to school if they choose to do so. Notable seniors that are not entering the draft or have withdrawn their name from the draft are Stanford’s Anna Wilson, Colorado’s Mya Hollingshed, Oregon’s Erin Boley, Georgia’s Que Morrison and Jenna Staiti plus Rice’s Nancy Mulkey. UConn’s Evina Westbrook, though just a junior, was eligible to enter this year’s draft but has chosen to return to Uconn for another year.

Any eligible international player does not need to declare for the draft. The unofficial list of draft-eligible foreigners stands at 16.

The top players remain fairly unchanged from my WNBA Mock Draft 2.0. Ole Miss’ Shakira Austin announced that, due to an error on the school’s website, she is not eligible to be drafted this year.

Collier and Texas were highlighted very well during the NCAA tournament. The Longhorns pulled off the upset of the #2 seed Maryland in the Sweet Sixteen only to have a disappointing Elite Eight loss to South Carolina. Collier averaged just 12 points and 8.7 rebounds during the tournament but there appears to be little doubt that she’ll be the top overall pick in this draft. Post help is the most pressing need for the Wings and adding her to the frontcourt will give the Wings much-needed assistance in the rebounding department as well as adding a defensive stopper inside.

Kuier is having a standout season playing in Italy currently. Alongside the Wing’s Isabelle Harrison, Kuier has averaged 8.8 points and 6.9 rebounds for Passalacqua Ragusa. A legit all-around player with a high-efficiency three-point shot coupled with the ability to drive to the basket and throw down a dunk or two as well. Adding Kuier along with Collier can give the Wings a big line-up for stretches. The possibility to have Collier, Bella Alarie, Kuier and Satou Sabally all running the floor together could be a defensive nightmare for opposing teams. Drafting the 19-year-old is simply too tempting to pass on.

Guirantes still remains my pick for the Dream here. Even though Rutgers had an early exit from the NCAA tournament, Guirantes looks like the best all-around player in this draft and the best overall fit for Atlanta. She finished her college career with a solid 30 points in her loss against BYU. Arella could work out as their 6th woman this season and slide into a starter’s position next year alongside Chennedy Carter and Courtney Williams.

The Fever could potentially take one of the many PGs available (McDonald, Evans, Kiana Williams), but for long-term purposes, Davis appears to be the best fit with the fourth overall pick. Indiana also has a Tennessee connection with former Fever player and current GM Tamika Catchings calling the shots now in Indianapolis. Davis showed her potential in the NCAA tournament. Through their two games, Davis averaged 19 points and 9 rebounds even though she and the Lady Vols exited the tournament earlier than expected. Her lack of a three-point shot is alarming, but this Fever team already has plenty of shooters to handle it.

McDonald’s draft stock soared during the NCAA tournament. The Wildcats’ run to the championship game saw upsets over Texas A&M and UConn. Her stat line throughout the tournament has propelled her into a top pick. Averaging 24.8 points, 6.2 rebounds and 2.3 assists per game along with shooting almost 50% (22-46) from the three-point range is impressive. With Moriah Jefferson on her final year in her contract, McDonald could work out as a long-term replacement for the Wings at the point guard position.

With Rebecca Allen still un-signed and the uncertainty if Marine Johannes is coming over this season, the Liberty could potentially look at taking someone like Arkansas’ Chelsea Dungee or UCLA’s Micheala Onyenwere to bolster their backcourt. However, even without Allen or Johannes, the Liberty’s top need is a legit post player to back up Natasha Howard and Kiah Stokes. Mack averaged 19.8 points and 12.4 rebounds per game her senior year at Oklahoma State. Adding Mack to the Liberty’s frontcourt will give them a dominant rebounder and someone able to control the paint. The lack of an outside shot may have GM Jonathan Kolb looking at Alabama’s Jasmine Walker instead.

With the Wings selecting Collier and Kuier to solidify their post rotation and Aari McDonald at the point guard position, the Wings look to deepen their bench with the best remaining available player. Adding Dungee gives the Wings another legit scoring option. Averaging 22.3 points per game on 42.4% shooting will be an asset to the Wings’ bench this season. Though the option to go with a big line-up is possible, going with a smaller lineup with Dungee alongside Ogunbowale and Mabrey is another potential option for this Dallas squad.

Sky head coach and general manager James Wade has stated that the Sky are looking at a point guard in this draft. The Cardinals’ Dana Evans falling to the #8 pick could be a gift for Chicago. Evans is a bona fide scoring point guard that could finally ease up Courtney Vandersloot‘s minutes. With the Sky adding two-time MVP Candace Parker, bringing back Astou Ndour plus the return of a healthy Diamond DeShields, adding in Evans to their rotation could give the Sky the deepest bench in the league this season.

The Lynx appear to be solid at nearly every position. A very active free agency period saw Minnesota add Kayla McBride, Aerial Powers and Natalie Achonwa. Though having a 35-year-old Sylvia Fowles injured for most of the 2020 shorten season likely sees Cheryl Reeve looking at a post player as an extra level of insurance for this season. Walker’s ability to play either post position gives the Lynx the ability to play Walker alongside Fowles, Damiris Dantas or Napheesa Collier.

Probably the player that has shifted the most out of the three WNBA mock drafts. Onyenwere’s athleticism is unmatched in this draft class. A solid showing in the NCAA tournament had Michaela average 23 points and 6 rebounds in UCLA’s two-game run. Her shooting was slightly off though going 17-38 from the field including just 1-9 from behind the arc. On an already deep Sparks’ roster, her contribution wouldn’t be heavily relied on this season. However, the Sparks could see a shift towards a younger team following this season which could greatly benefit her.

Richards brings a solid defensive game to an already deep Storm roster. Her ability to play multiple positions can work out to be a great asset for Seattle now that Alysha Clark has left to sign with the Washington Mystics. Richards only averaged 4 points per game during the NCAA tournament and lacks the ability to be a scoring threat at the next level. However, her game on the defensive end should more than make up for it on a Storm roster loaded with offensive players.

Laimbeer is looking to add depth to his All-Star roster. Now that Liz Cambage has re-signed with the Aces, the team can look to deepen their bench, something that was lacking last season. Perry’s a legit post presence that can score from all areas of the court and can give Las Vegas a solid post rotation. The option to possibly go with a big line-up of Perry-Cambage-Hamby at short stretches might be an impossible defensive assignment for the opposing team. The lack of a post-season appearance and not being a consistent rebounder could drop Perry into the second round.

So, what do you think happens in the 2021 WNBA Draft? Let us know on Twitter: @NetsRepublic