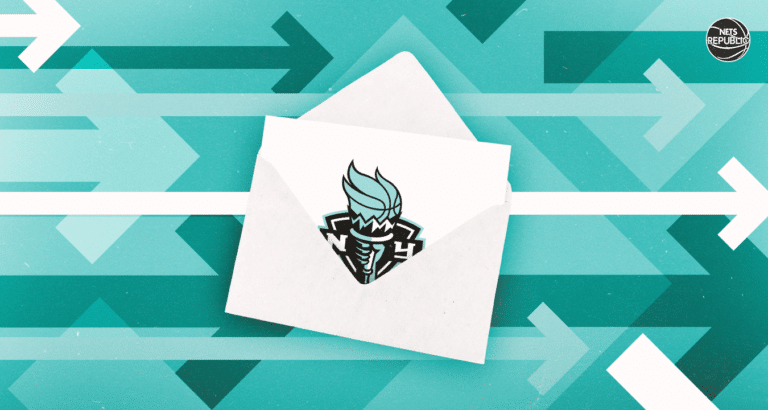 Will The New York Liberty Trade The #1 Pick In The 2021 WNBA Draft?

Before the results of Friday night’s draft lottery were revealed, Liberty general manager Jonathan Kolb extolled the virtues of building a team through the draft while on the ESPN broadcast. Kolb cited the success of the reigning champion Seattle Storm, who have won two titles since drafting Jewell Loyd and Breanna Stewart with back to back #1 picks.

As the envelopes were opened, and the draft results came in, the Liberty drew the first pick for the second year in the row. With another consecutive first pick in his arsenal, Jonathan Kolb looked ahead to emulating that path that the Storm and so many WNBA teams before it had trod: Putting together a championship contender by drafting and developing young talent.

But drafting the first overall pick isn’t as straight forward a prospect as it was last year, when Sabrina Ionescu emerged as a clear-cut first pick early on in the scouting cycle, with a slew of dominant performances playing for University of Oregon. While some players have had “monster games”, as Kolb puts it, there’s a very wide pool of players to consider, interview, and evaluate. Add to that the limitations put on teams’ scouting departments due to COVID-19, like not being able to attend practices, and you have a much trickier draft process this time around. But the second year GM and his front office team are not balking at these unique challenges.

“This is gonna be a really interesting, but, I think, fun process…We’re really gonna do a lot of research. I think we’re really thorough with our processes,” Kolb told media after the draft lottery. He elaborates on these processes, “We’ll scout more, we’ll watch more hours of film, we’ll have more phone conversations and Zoom calls with these players.

“This is a wonderful opportunity and we’re excited to get going.”

But while Kolb looks ahead to the draft, he’s well aware that even the most talented young players need veteran talent around them, to help them compete and to grow. With the abundance of salary cap room that New York enjoys this off-season, the Liberty feel comfortable courting free agents to fill that need for that veteran talent. “We’re gonna be really aggressive [in free agency], and we’ll see how it shapes out,” Kolb told the media, “I don’t think tonight is the only night we’ll be in the news the next couple of months.”

“We have a really exciting opportunity to kind of have a hybrid rebuild, if you will, where we can be super competitive right now while bringing along the future of the Liberty down the road. So, that’s what we’re gonna try to do,” Kolb said.

A hybrid rebuild, as Kolb puts it, is an exciting but difficult path to follow. When it works, you establish a dynasty around multiple top-tier players that will compete for championships year in and year out, season after season. This seems to be where the aforementioned Seattle Storm are heading, having won two championships in the last 3 years with teams built around Breanna Stewart and Jewell Loyd, who are still only 26 and 27 respectively.

Sometimes, however, teams do end up sabotaging themselves attempting to walk the line between competing and rebuilding. In some cases, you end up doing neither, putting too much pressure on young players for them to thrive, or, making veteran players feel overlooked. You need to make sure the entire roster buys in to the process of the ‘hybrid rebuild’. Luckily for Jonathan Kolb, he’s laid the foundation for that on the Liberty, having put together a squad of “like-minded individuals”, in his words, united by a desire to win.

“I think if you look at the trajectory of this franchise, where it’s going, from an ownership stand point, front office standpoint, coaching standpoint, and now, a player acquisition standpoint, this is exciting,” Kolb said, eagerly looking ahead to the future.

“If we’re successful in our plan, I think the number one pick is gonna be the icing on the cake.”