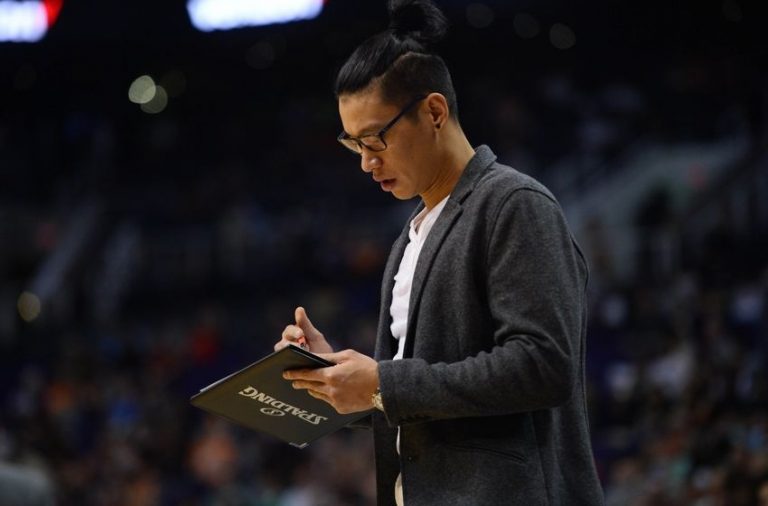 This season got off to a promising start, and the Brooklyn Nets were on their way to a likely blowout win over the Detroit Pistons in game 5 when the turning point of the season so far occurred late in the second quarter. Unfortunately, Jeremy Lin injured his hamstring, and he has now missed a total of 14 games up to date. It was expected that the team will struggle without him but watching the team go 3-11 during this stretch has been very tough. Nets managed to go 2-2 in the first 4 games without Lin and the team was 1 of the biggest surprises in the league. The record was 4-5 at the time but ever since, Nets have lost 9 out of 10 and the record now stands at 5-14. Losses have piled up, and the losing streak was at seven before the dramatic win against the Los Angeles Clippers. It has been most discouraging to see all the blowout losses, and the biggest culprit has been the defense.

In five of the seven consecutive losses, the opponents have scored over 120 points, and in the other two games, the defense gave up more than 110 points. The team indeed showed #BrooklynGrit for the first ten games or so, but during the losing streak, it was difficult to watch, as the games were not even competitive. After the win against the Clippers, it has been more of the same as the Nets lost a home and home series to the Milwaukee Bucks. It is a tough test for Kenny Atkinson to keep things positive during a rough stretch like this, and it has become more evident with each passing game that Lin is clearly missed on both ends of the floor. Greivis Vasquez was struggling prior to being waived due to ongoing issues with his ankle, and fellow rookies Isaiah Whitehead along with Yogi Ferrell are ways away from possibly becoming rotation players in the league. The reality is that both of them will benefit by spending some time in the D-League.

If Lin had not gotten injured, you could make the case that the Nets could have at least 3 more wins at this time, which would make the record more respectable. Lin is so crucial for the Nets both on and off the floor for his play as well as leadership. No point guard on the roster could even come close to matching the production that Lin is capable of, and the season is slowly slipping away with him on the sidelines still out with a hamstring injury. It was a very small sample of just four-and-a-half games, but Lin got off to a great start, and he was playing at an All-Star level. He waited all these years for another opportunity to start, and I personally feel bad for him even though injuries are a part of the game. Knowing how competitive Lin is, it must be eating him up inside that he can only watch his teammates lose game after game. He averaged 15 points and 6.2 assists in 26.9 minutes prior to his injury, and when he does return, those numbers should increase even more.

Lin appears to be improving, as he is shooting and running, but he could be out for another week or so as the team continues to be extra cautious with his recovery process. It is also a mystery to Nets fans, as there has been no specific update regarding the status of his hamstring. The patience for Nets fans are running thin while watching the team struggle without him, but the cautious approach is the safest route to go because another setback could prove to be very costly and dig a deeper hole for the team. He will most likely need at least a handful of practices under his belt before he is ready to come back. On the bright side, it could be a positive that Lin’s injury occurred early in the season rather than later, and the key will be for him to remain healthy once he is back. Just Lin’s presence when he returns to the starting lineup will no doubt galvanize the entire team.

Without Lin, the motion offense simply is not as effective, and the ball movement is not as good without the top playmaker on the team. His ability to penetrate to the basket opens up options for himself to score, and he could create better scoring opportunities for others as he puts pressure on the defense. Without Lin, the offense becomes more predictable, and the pick-and-roll is just not the same. He will get Brook Lopez more involved inside, and Lopez will be able to get some easy baskets rather than standing outside the three-point line. He has been surprisingly good in shooting threes thus far at 37.3 percent, and I never thought in my wildest dreams that he would take 6 threes per game. Lopez is hoisting threes like a guard or a forward, and the Nets have a weird dynamic with the roster because the two Centers are stretch fives, and they have the best three-point shooting percentage on the team as Brook is tied with Justin Hamilton at 37.3 percent. Brook ‘s new found three-point shooting has opened up the floor more but his career field goal percentage is down almost 6 points and his rebounds are down by two which is significant.

Lopez should cut back on his threes, and having Lin back will provide opponents with a threat of the Brook-Lin pick-and-roll, which should be a key component of the offense. Lin’s passing, as well as creativity, is sorely missed. Not to mention his ability to draw fouls, which is an underrated part of his game. Lin coming back as a starting point guard will allow other players to go back to their normal roles, and Sean Kilpatrick was most negatively impacted by Lin’s absence. He really struggled offensively when he started at point guard, and he was just not comfortable handling the ball or being a facilitator. His main role should be to score as a shooting guard, and his game is coming around as witnessed by his 38-point game against the Lakers. He is a go-to guy offensively, and the Nets will have a backcourt with him and Lin once he is back in the lineup.

Although Isaiah Whitehead has shown some flashes as a rookie, he has a long way as a player and he has been forced into the starting role at point guard. Whitehead has the physical tools as he has good size (6-foot-4 and 213 lbs) but he often plays out of control and his decision making can be poor. Yogi Ferrell does not have the physical tools (6 feet and 180 lbs) but his game is more polished than Whitehead. Ferrell was a solid player for the University of Indiana for four years, but he went undrafted, as he was too small. Still, he could become a backup point guard in the NBA. The Nets moved up 13 spots in the draft to get Whitehead, and management has more invested in him which is why he should become the back up point guard once Lin comes back.

Even without Lin, the offense has scored enough points at 105.3 points (10th) per game to win games but if you look deeper into the stats, the offensive execution has not been efficient. For example, the Nets rank 26th in field goal percentage at 43.1 and 25th in 3 point percentage at 32.6 while being 2nd in the league in 3 point attempts at 35.2 shots per game. To simply sum it up, the team has died by the 3 as the players are not good enough shooters to make the motion offense work effectively and over 40 percent of the shot attempts are from 3 point range. Also turning the ball over a lot at 16.7 per game (28th) has not helped. The offense should be more balanced when Lin returns and the efficiency should improve as he will provide his teammates with better shots.

It is without a doubt that the biggest weakness of the team is defense, and it is also the most disappointing aspect of the season thus far. The Nets currently give up 114.2 points per game which is last in the league (30th)and the team is last in overall defense. In addition, Nets are ranked 29th in field goal percentage against at 47.1%, and 27th in three-point shooting allowed at 37%. The defense looks horribly disorganized right now, and giving up the most rebounds per game in the league at 48.4 is not exactly helping matters. Playing terrible defense and getting out rebounded 48.4 to 43.6 is a recipe for disaster. During the seven-game losing streak, the defense allowed 122.3 points per game on 52 percent shooting and 41.6 percent from long distance, and the Nets offense simply had no chance to compete when the defense could not get stops. The Nets are a soft defensive team, and it appears many times that the opponents are running a scrimmage. The players often are all over the place without a reason or purpose, as they simply lose their assignments and leave guys open.

It is clear that the fundamentals and the basics of defense are struggles for the Nets at this time. For example, this team has all kinds of issues defending screens, and players are caught out of position too easily, which often leads to wide open threes or an uncontested layup. It appears that there is a lack of trust and communication with each other, which is important for them to be on the same page. By looking at the roster, the Nets have bad individual defenders, but what compounds the problem is that there does not appear to be a system of good team defense in place. Offense is more about talent, but defense is about passion as well as effort and yes, grit. The Nets do not have the personnel to be a good defensive team, but there has to be progress and improvement, or else it will be a long season.

Lin’s defensive impact should not be overlooked, and a combination of Lin with Whitehead as the backup could make for an effective duo on defense. They both have good size and strength for the point guard position, and they could possibly play together in the back court at times, as Whitehead is a combo guard. Lopez is not a defensive anchor, so good perimeter defense will be a decent place to start. Player development will be a key component this season for the Nets, and Whitehead is certainly one of those guys. Now the latest news is that Caris LeVert will make his season debut in the next game against the Washington Wizards. Developing young players is a goal for a rebuilding team like the Nets, and Lin is needed for his on-court talent to make the team more competitive. Although the wait has been painfully long, it will be worth it when the team makes a run when Lin comes back.