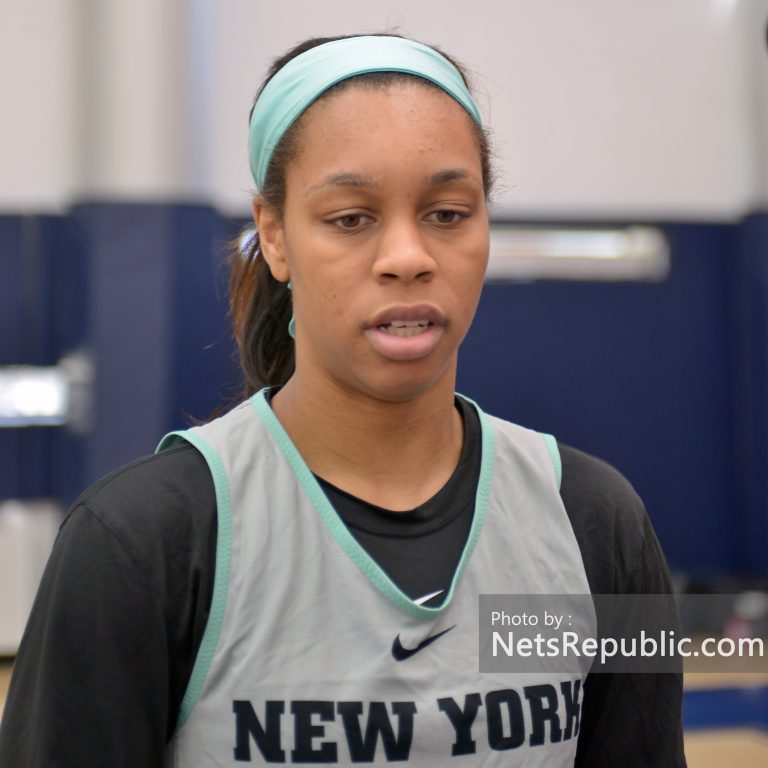 With the WNBA season set to kick off on Friday, it’s time to get ready for the new era of New York Liberty basketball. The Liberty will face the Indiana Fever at the Westchester County Center in White Plains at 8:00 P.M. in a battle between the league’s two worst teams from last season. The two teams combined for 13 wins; the league’s third-worst team, the Chicago Sky, won 13 games on their own.

Can the Liberty improve this year? Or will they be back in the lottery again, hoping for a chance at the first overall pick and the ability to pick Oregon guard Sabrina Ionescu, the college star who’s already the overwhelming favorite to be taken first next April. Let’s dive into what we can expect from the 2019 New York Liberty.

I know Liberty fans would rather forget last season ever happened, especially when it ended with a 13 game losing streak, but let’s talk a little bit about it.

First, New York still had its one constant, Tina Charles, who put up 19.7 points and seven rebounds per game. She played 33 games. Charles had the exact same scoring average as the year before. She shot a career-high 50.3% inside the arc and took a career-high 2.9 threes per game. Charles averaged the fewest rebounds of her career, but I don’t think you can somehow pin the team’s overall struggles on that.

Instead, the struggles lie in a much harder to define realm. The team got older and players struggled to score. In 2017, five Liberty players averaged at least 10 points per game; last year, only Charles did. Three interior players — Kiah Stokes, Kia Vaughn, and Amanda Zahui B. — shot 50% or better from the field, but the perimeter was where things didn’t go as well. Rebecca Allen went from hitting 34.1% of her shots down to 26.3%. Shavonte Zellous fell from 33.3% to 26.7%. Things weren’t as easy outside.

Defense was also a concern. Opponents shot 40.8% in 2017 against the Liberty. Last year, they shot 43.9%. Their perimeter defense dropped off as well and opponents went from hitting 203 threes in 2017 to 267 last year. Across the board, players just didn’t perform as well as they did the year before, and now the team’s moved on from some of those players. Sugar Rodgers is in Vegas. Epiphanny Prince and Kia Vaughn aren’t currently on the team.

The team also got promising but, at times, inconsistent production from rookie Kia Nurse. Nurse started seven games last season, averaging 9.1 points per game to go along with 2.4 rebounds and 1.6 assists while shooting 40.2% from the field. She made just 29.4% of her 3.7 threes per game. The team had a net rating of -9.5 when Nurse was on the floor and -8.7 when she wasn’t on the floor. But Nurse had some good games late in the year and should be set to make significant improvements in her second WNBA season.

A pair of exciting rookies headlines things this year, as the team spent their first round pick on Louisville guard Asia Durr and Chinese center Han Xu.

Durr gives New York a young, playmaking two-guard who can handle the ball and hit from outside. She’s my personal pick for Rookie of the Year this season.

Durr’s presence takes a lot of the scoring load off Tina Charles’ shoulders, and gives New York the potentially elite guard that they’ve been missing. Durr has the potential to be New York’s best guard since Cappie Pondexter was a three-time All Star for the team.

Last year for Louisville, she finished in the 96th percentile in points per possession, and she rated in the 85th percentile or better on transitions, spot ups, and hand offs. Durr’s ability to connect on catch-and-shoot looks should be a huge help for this team, and she ranked in the 77th percentile as a pick-and-roll ball handler, so we should see a good amount of pick-and-roll with Tina Charles as the roller, which’ll be fun. Factor in that Charles has been improving her outside game and the option to turn that play into a pick-and-pop exists, and we’re looking at a much more dynamic New York Liberty offense.

And then there’s Han Xu. Figuring out what Han’s role will be this year is tough, because it’s not often that we see a 19-year-old in the league. Players who go to college have to be 22 to enter the league, but international players just need to turn 20 in the calendar year of their draft. Han doesn’t turn 20 until October, but she qualifies under the league’s rules.

Depending on how fast Han is able to adapt to the way the league plays, she’s shown signs of being a good shot blocker and she has the ability to stretch her game out to the three-point line offensively. In her preseason debut, Han didn’t take a three, but she was 6-for-8 from the floor and added seven free throw attempts on her way to 19 points. She’s played less in the team’s next two playoff games and is likely to be the team’s third center to start the year, but there’s a lot of promise there.

So, What Can We Expect From The Liberty?

Here’s what I feel pretty sure about in terms of the team’s rotation:

That’s ten. Allen might start over Durr to begin the year based on preseason usage, but we’ll have to wait and see if that’s for sure happening.

For the other two spots, Tiffany Bias looks like she’s shot her way into one. Based on the preseason, Avery Warley-Talbert seems destined foe the other. Reshanda Gray could be a sleeper to grab one, but it does look like we’ll have to say bye to the team’s third rounder, Megan Huff.

What can that roster do this year?

Honestly, I don’t think this team has a playoff run in it, and that’s okay! The league is as competitive as ever, and New York and Indiana are likely to bring up the rear again. This should be a season of learning: learning if Durr can be a future star, if she fits well with Tina Charles, if Han Xu can play meaningful minutes, and if Kia Nurse can continue to improve. If the team can hit double-digits in wins, great! If they end up positioning themselves well for the Sabrina Ionescu lottery, great!

Not every year can be a great one for every team. The bad years happen. What matters is that the young players get a chance to grow and that the team finds a way to keep their star player, Tina Charles, around for the long run. Show enough promise this year that a good draft and free agency in 2020 can get you back to the postseason.