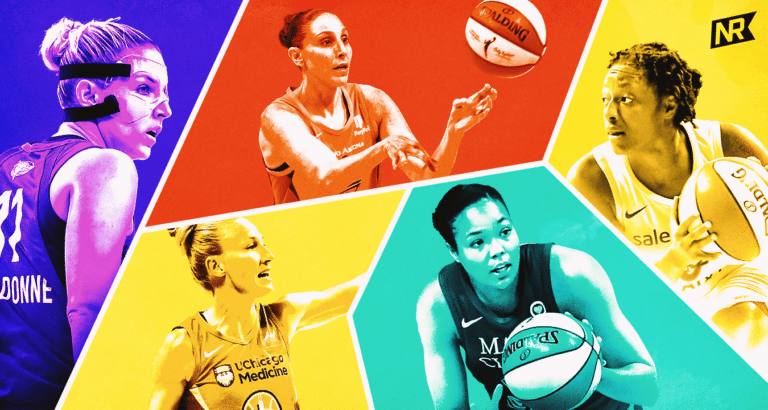 The New York Liberty released their schedule one week ago and there is much to discuss. After finishing the 2020 season with a 2-20 record, the Liberty look to turn things around. Sabrina Ionescu will be healthy and ready for action after only playing three games in her rookie season last year. She is improved and ready to prove herself among the WNBA’s best young players. This is also the first season that the Liberty will play as official tenants of Brooklyn’s Barclays Center. Entering 2021 with some key new players and a healthy young star will offer the Liberty a much-needed boost.

Here are the top five New York Liberty games to pay attention to this season:

Last season, the Liberty and the Indiana Fever had some close games. In their first meeting, the Fever’s Kelsey Mitchell hit a long three-pointer with about 29.8 seconds left that sealed the win for Indiana. Their second meeting was a 10-point win for the Fever. In this matchup, the season opener, New York will look to rebound from those losses and get their chance against the Indiana Fever. This is also the first game of a home-and-home series, as they face the Fever again on the road two days later (2 p.m. ET).

This series has all the makings of becoming a rivalry because of how close and competitive the games have been over the past two or three seasons. Games have come within one possession and a large majority of the previous games have been won by less than 10 points. Both these teams are young and looking to rebuild for the future. The intrigue of watching future Liberty and Fever stars is very alluring.

Last season, the Liberty beat the Mystics for one of their two wins. They will be looking to do the same when they face them on the road early on. However, the Mystics will be missing some key players that will not play due to injury or they lost to free agency.

But Tina Charles will be ready to play for Washington and will look forward to playing against her former team, the Liberty. She did not play in 2020 after opting out. After spending six years with the franchise (2014 to 2019), the memories of playing for her hometown team are sure to come up. She helped the Liberty get to the playoffs three times and was the leading scorer in 2015, when the Liberty advanced to the conference finals.

This will be the second and third games that the Liberty face the Sky in, following a road matchup on May 23. The Sky have added former MVP Candace Parker to their roster and are contenders for the WNBA championship. Last season, Layshia Clarendon hit two free throws with 0.3 seconds remaining to give the Liberty the second of their two wins, which snapped a seven-game losing skid. This season, the Liberty will have their hands full with the Sky, but it does give an opportunity for the Liberty to evaluate themselves to see how much they improved from last season.

This will be the first game that is played post-Olympic break. The Liberty will have to shake off the rust quickly after being off for a month to play against a solid Lynx team that includes former Rookies of the Year Napheesa Collier and Crystal Dangerfield. Last season, the Lynx blew out the Liberty, but this is the perfect opportunity for the Liberty to rebound and win because of the scheduling of this game. They can surprise the Lynx, who may underestimate the Liberty and not take them seriously, on their home floor right after a long break. This provides a great shot of coming out on top.

Former Liberty player Kia Nurse comes to town in this matchup, and New York’s leading scorer last season will have plenty of motivation. She was drafted as the No. 10 overall pick in 2018 and performed well during her three-year tenure with the Liberty. Her best season came in 2019, when she averaged a career-high 13.7 points per game. She took a step back in 2020, but as mentioned, she was still the Liberty’s leading scorer. Her impact was felt as she was voted as a starter for the All-Star Game in 2019, despite it being only her second season in the league.

That said, the opportunity to get Natasha Howard in the WNBA offseason was too big to pass up for the Liberty. Nurse was traded in a three-team deal this offseason that ended with the Liberty acquiring Howard from Seattle. This will be the second game where these two teams will face each other, and the first of a two-game home series with the Mercury.