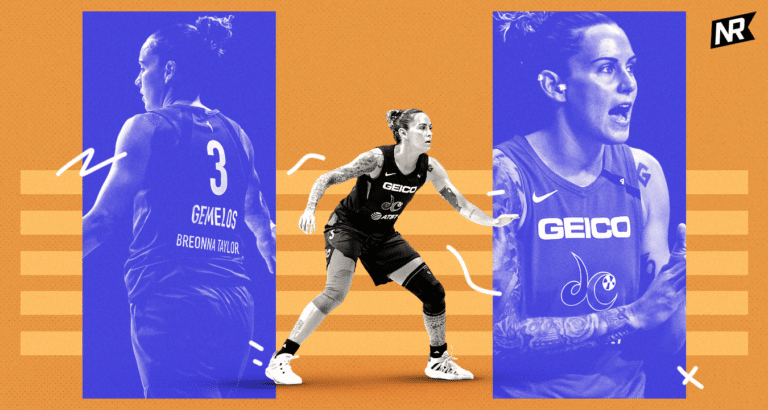 The New York Liberty’s latest hire defines perseverance and brings a sense of familiarity and guidance to a squad in dire need of both.

Gemelos, 32, announced her retirement from the court March 19 on Instagram, ending a career that spanned countless teams across the United States and Europe. It was a well-deserved sabbatical for Gemelos, whose WNBA career was never afforded the luxury of momentum. She spent more time under a surgeon’s knife than under the lights illuminating a WNBA court enduring, by her account, 10 knee surgeries in her professional career.

“It’s time. I’m walking away before I can’t walk away,” Gemelos wrote. “As I write this, it turned out it was never really about being the greatest. It was about being an example for resilience. It was about never giving up. Always showing up. It was about someone hearing my story and realizing they could turn their dreams into a reality too.”

Within “two to three hours,” however, Liberty head coach Walt Hopkins made his way to Gemelos’ Instagram direct messages, drawn to her story of strength and perseverance. Just over a month after that fateful post, the Liberty announced the hiring of Gemelos as the team’s third assistant coach. She joins incumbents Dustin Gray and Shelley Patterson and replaces the Dallas-bound Kelly Schumacher.

The Instagram exchange between Gemelos and Hopkins was far from their first encounter. Relatively cramped settings in the Bradenton bubble saw the two interacting a lot, particularly in the weight room and in passing between courts. She never envisioned that she’d be joining Hopkins on a Brooklyn sideline just over nine months later.

“I knew Coach Walt and Dustin from the bubble last summer,” Gemelos said in her first statements to the New York media. “We had so many great interactions together. They were amazing people, I love them. I just loved the culture that they were building within New York. I thought they were just phenomenal people and I enjoyed talking to them.”

Back then, Gemelos was taking the final steps of a long-gestating WNBA comeback. She entered Florida as a member of the Connecticut Sun, who hosted her first WNBA regular-season experience in over five years on July 28, before ending her summer with the Washington Mystics.

During her brief respite between Connecticut and Washington, New York was on Gemelos’ shortlist of teams she would’ve loved to hear from. The Mystics struck first, but something about what Hopkins and company were trying to build stuck with her after the bubble deflated. Despite the Liberty’s dismal two-win mark in Bradenton, Gemelos recalled that her teams had difficulty preparing for them.

“I just loved the culture that they were building within New York,” Gemelos said. “It’s going to take time, but I think [the culture Hopkins is building is] everything that I kind of embody in myself.

“Preparation for New York, it was hard for the teams that I played on, it’s hard to scout a team like New York. The offense that they run … [is] so predicated on just reading the defense and relying your smarts and just relying on what you can do offensively.”

Then, of course, Gemelos brings a sense of perseverance and strength, fulfilling the character requirement Liberty management has more than fulfilled. That perseverance was on display long before Gemelos underwent her first surgery as a pro. The USC alumna waited over three years to appear in her first WNBA regular-season game after the Minnesota Lynx selected her No. 31 overall in 2012. A few seasons playing overseas followed, but she finally reached the promised hardwood in 2015 with the Chicago Sky.

Even for a team craving character, what Gemelos brings to the Liberty could almost be seen as excessive. But that was no concern to Hopkins.

“One of the things that attracted me most to calling Jacki was the idea that she personifies everything we’re about: the toughness, the grit, and she’s a really unselfish, hard-working person,” Hopkins said after Gemelos’ hire. “That’s kind of been the makeup of this organization and the direction we’re headed. Adding somebody like her, she’s so eager to learn and she’s still feeling her way, but she’s got so much to offer.”

Gemelos has been presented a bit of a culture shock during opening practices at Barclays Center, as she’s still adjusting to players referring to her as “Coach Jacki.” She’s also running into players who, as few as seven months ago, were her opponents on the court.

Her new protégés, however, are more than willing to put any potential awkwardness aside to work toward their common goal. They raved about the potential benefits of working with someone who was in their sneakers so recently.

“She was an amazing player in the league, so she already knows … the ins and outs,” Kylee Shook said. “On top of that, she’s a player, so she’s relatable to all of us. It’s kind of nice, having somebody who’s been there—been through the body aches, been through the stress of what we have to go through, and kind of telling us what to do.”

“She knows the game, she knows how to fight through adversity, she knows how to do so much,” fellow sophomore Neah Odom added. “Just getting any point of wisdom from her, I would really appreciate it. I think she can help us.”

The Liberty open their season May 14 at Barclays Center against the Indiana Fever.