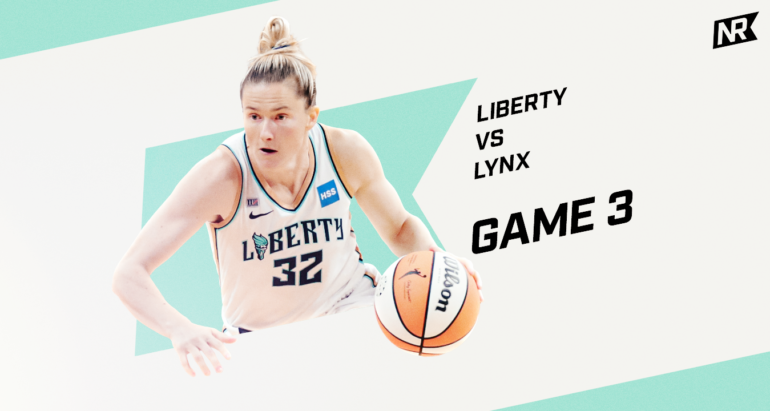 The New York Liberty defeated the Minnesota Lynx 85-76 on Tuesday to start the season 3-0. They eclipsed last season’s 2-22 win record in doing so, starting 3-0 for the first time since 2007. This also marks the third time in franchise history they’ve started this well, as the Liberty also posted a 3-0 record in 1997.

After the Liberty (3-0) started off the game hot with a quick 15-4 in the first quarter, the Lynx (0-2) bounced back and were only down by two points at the end of the frame. Both teams battled in the second quarter, where neither team gained a significant lead.

The Liberty and the Lynx played it close throughout the third quarter, and the Liberty led by five heading into the final 10 minutes. New York maintained the advantage and held on for the win.

Sabrina Ionescu was everywhere in this game, evidenced by her individual stat line, which we’ll get to. But any good point guard knows their performance is only as good as their team’s support. After the game, Ionescu remarked that getting the win was important, too, and the Liberty couldn’t have gotten there with her alone.

New York saw four double-digit scoring outputs, for one. Ionescu led the team with 26 points, followed by Betnijah Laney‘s 20, Sami Whitcomb‘s 13, and Kylee Shook‘s career-high 10. Whitcomb also added a career-high 8 rebounds, and Shook was 2-for-2 from beyond the arc.

But the rumors are true: Ionescu recorded her first pro triple-double. Per Across the Timeline, some other ways Ionescu’s triple-double of 26 points, 12 assists, and 10 rebounds was historic include:

Oh and, of course, it was the Liberty’s first-ever triple-double. Not bad.

It is no secret that the Liberty struggle with defending the post. In their first game against the Fever, Teaira McCowan finished with 22 points and 16 rebounds. Tonight, Minnesota Lynx star Sylvia Fowles had her way against the Liberty post defenders and had 18 first-half points.

If it were not for some hot shooting from the Liberty guards in the fourth quarter, the team would have been in deep trouble. The good news is that Natasha Howard has finished up her overseas obligations and, pending COVID protocols, should be available soon.

All that said, it was nice to see Kiah Stokes back on the floor. Though Stokes played 10 minutes and didn’t score, she grabbed 6 rebounds. It’s important that she did play for the team to establish some kind of familiarity with the new players. Stokes is expected to only be a part of a few more games before she leaves to represent Turkey at EuroBasket, which runs from June 17 to 27.

Next up: The New York Liberty now travel and face the Washington Mystics on the road on Friday (7 p.m. ET, YES Network). This is the first meeting between the teams this season.