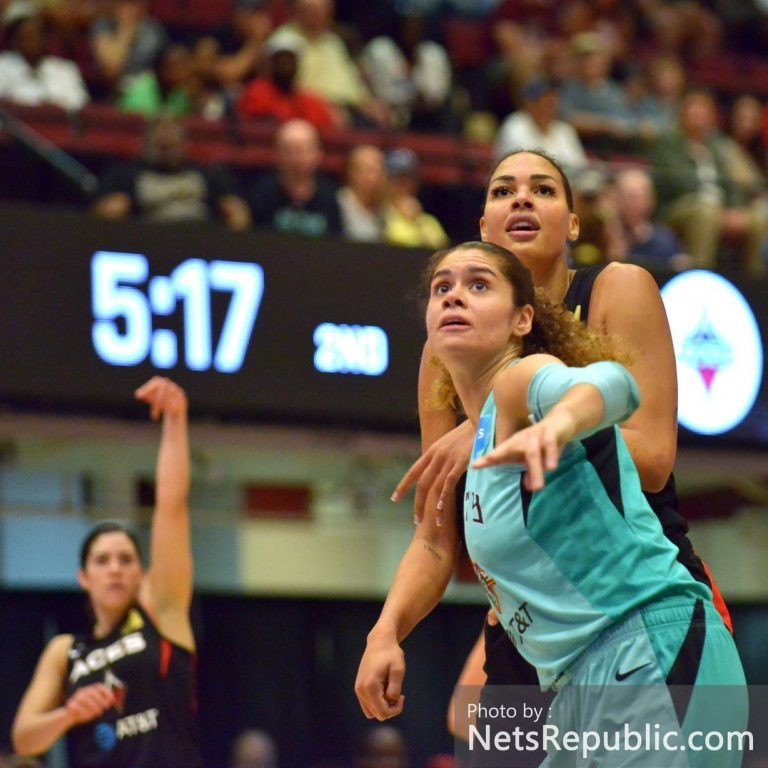 After starting the season 0-4, the New York Liberty rattled off two straight wins against the Minnesota Lynx and the Las Vegas Aces, showcasing some promise for the season. The Lynx and Aces are some of the better teams in the WNBA, so their victories offered some hope to an otherwise lackluster so season so far.

On Friday night, the Liberty had a chance to extend that win streak to three with a rematch against the Aces. Entering the season with sky high expectations, their 2-3 start has shown that their team has needed a little more time to gel.

If it was someone’s first time watching the Aces this season, it definitely did not look like they had struggled at all this year, opening the game 26-8 thanks to center Liz Cambage. Despite the Liberty themselves sporting one of the best bigs in Tina Charles, Cambage is on a whole different level.

As the game continued, other members of the Aces stepped up. After struggling for much of the early season, Kelsey Plum was on fire during the first half, scoring 19 points on 8-10 shooting, and Kayla McBride and A’ja Wilson did their thing as well, contributing 18/6/4 and 14/8/3 respectively.

The Liberty definitely did not do themselves any favors on the offensive end either. Just like many of their other games this season (especially their losses), New York just could not find the hoop. They were an abysmal 3-21 from behind the three point line, and shot 32% from the field overall.

All of these factors contributed to a complete demolition of the Liberty. There were multiple times in the game where Las Vegas was doubling up New York, and the game ended in a 100-65 Aces victory.

However, every game is a learning experience, and Nets Republic will look at a couple of things that fans can take away from this game.

Over the course of this young WNBA season, one thing has been abundantly clear: the New York Liberty NEED to make shots. They have some of the worst shooting numbers in the league as a team, shooting 39.7% overall from the field and 26.7% from three. Unsurprisingly, this has not led to much success on the offensive end.

In order to prevent this season from falling apart, the Liberty need to starting making shots, and quickly. Unfortunately, the issue is not as simple as breaking out of a slump. New York’s offense lacks the requisite spacing in order to generate more open looks. Making tweaks could go a long way.

The effects of EuroBasket

One of the many issues of the WNBA’s wage gap is that it essentially forces players to play on a second overseas club team in the offseason. With Eurobasket, a biannual competition of the best European teams in the region taking place, many players are obligated to join their teams for this tournament.

The already thin Liberty, who also lost Rebecca Allen to a fractured hand, are also seeing a multitude of contributors leave. Amanda Zahui B, Bria Hartley, and Kiah Stokes’ (who has not yet joined the Liberty) production will all be lost in the foreseeable future. It was clear that New York struggled without them Friday. In order to not see their season quickly spiral, the Liberty must find some production from their reserves.