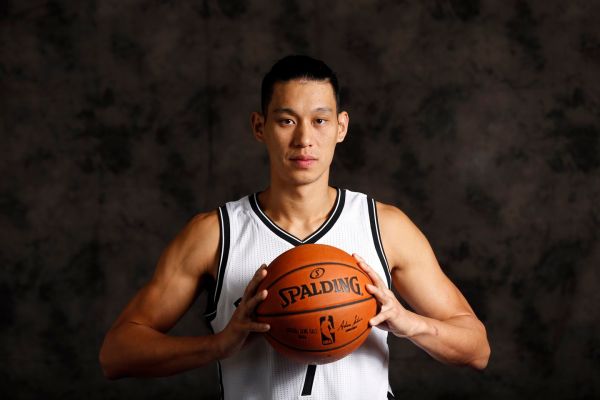 Jeremy Lin Needs the Key to the Brooklyn Nets Offence

Preseason is now over and we have learned many things from the Brooklyn Nets. The Nets went 1-5 in preseason, losing five on the bounce after winning their first game against the Pistons. The Nets learned a lot from those six games with Kenny Atkinson experimenting with numerous lineups and schemes. There were some positives from preseason, but there were also some big problems that the Nets will have to overcome before regular season gets underway.

The Brooklyn Nets have a new style of offense which Coach Atkinson has implemented. The Nets players are running a motion offense in which players on the court are getting regular touches of the ball and using player movement, correct floor spacing, passing and cutting, and setting screens. To somewhat of a surprise, I wasn’t expecting this kind of offense from the Nets. I was expecting them to run a lot of pick-and-rolls, but this hasn’t been the case.

One massive positive was how Jeremy Lin performed as the point guard for the Nets. Lin had a very good preseason and he shone brightly amongst his teammates. He is one of the main guys on the team and he has shown us why. He has no doubt been the best Nets player of the preseason. Lin has adapted well to the motion offense and he has been extremely effective and efficient. Although the offensive system they are running is not particularly suited to his game, he has made the most of it and has fit in well. Lin averaged 17.2 points, 5.6 assists, two rebounds, and 1.4 steals in 23.4 minutes per game during the preseason. One thing I would like to add is that his hard work in the offseason is paying off. Lin’s shot has looked so much better and smoother, and the results are showing. His three-point percentage for the preseason was 50 percent, and if he can continue shooting well, he’ll be a handful for anyone deal with. A lot of the attention was on Lin this preseason, and he sure didn’t disappoint. He was consistent throughout the five games he played, and he has comfortably settled into the leadership role.

When Lin signed with the Nets, I believed he was going to have the key to the offense, but this has not been the case bar maybe the game against the Knicks when he was creating havoc. He has handled the ball much less than I expected, which is surprising given the caliber of the players he is playing with (no disrespect to the Nets roster). I know this was only preseason, but without allowing Lin to fully control the offense, we cannot see what he is capable of. When Lin did have full control of the offense, we saw a player with extremely good court vision and is able to get to the basket at will. We saw glimpses and moments of what the upcoming season will be like, watching Lin dominating and taking over the offense. In the final preseason game against the New York Knicks, Lin was magnificent, taking over the fourth quarter, and no one could contain him. It was like he was unleashed and went in full attack mode. That was definitely one of the highlights of the preseason. It’ll be fun to watch Lin if he has the keys to the offense. At the moment, we’ll have to wait and see, but sooner or later, he’ll have full control.

Kenny Atkinson was reluctant to adopt the pick-and-roll offense between Lin and his teammates. We all know how devastating Lin can be when running the pick-and-roll. He has the speed, vision, and touch to run this offense effectively. The pick-and-roll is tailored for Lin, and he thrives in this type of system, as we have seen numerous times in his career.

I was surprised by the lack of usage of the pick-and-roll offense. By not practicing the pick-and-roll, it has not given Lin and his teammates enough time to get familiar with it. The pick-and-roll is a huge weapon for them, especially when Lin is playing as the point guard. Atkinson is making his players fit into his system rather than forming a system around his best players.

Don’t get me wrong, I have nothing against the motion offense when it is played with the right players who have the skill sets to execute this type of offense effectively. This system is not using Lopez and Lin’s skill sets, and they are probably the two best players on the team. The ball is taken out of Lin’s hands for too long, and it is not maximizing his playmaking abilities. The ball is in the wrong hands for too long of a period, and the Nets do not have the most talented passers or shooters who can distribute and score effectively. If Lin orchestrated the offense, he can consistently find the open man and set up easy shots since he’ll be the main focus from defenders on opposing teams.

I understand that Kenny Atkinson wants to establish his offensive system by continuously working on it in preseason. I’m not saying run the pick-and-roll every possession, game after game, but I would definitely like to see it used more in the regular season. Who knows what Atkinson may be thinking? He may be waiting to unleash the pick-and-roll in the regular season where it matters most. Even if Atkinson knows that Lin is great at running the pick-and-roll, it would have been good to see it used more during the preseason so that both Lin and the team feel comfortable.

The Nets’ defense leaves a lot to be desired. It has been suspect and is a major flaw. Their opponents are not being made to work hard enough to get their points. There are no rim protectors on the Nets roster; Lopez is a presence, but he is not athletic or quick enough to alter many shots. Chemistry on the defensive end is lacking due to the different lineups Atkinson has been trying out, but it will only get better the more they play with each other.

In preseason, the Nets are 26th in the league at rebounding and 28th for points given up. This outlines the problem, and they will have to work hard on it to improve on those aspects of their game, otherwise it could be a long season for them.

From what I have seen from the second unit, I must say I’m less optimistic to watch them play. The Nets have struggled to find the right balance of the bench throughout the preseason. It’s clear Atkinson still doesn’t know which players he’ll be using come the regular season. The first few games may be like preseason games for the Nets as he tries out different lineups and rotations.

Overall, the Nets have learned a lot from the preseason, and they have played well in stretches, but just not well enough to get the wins. They’ll be fun to watch if they can tighten up their defense and find a bench that is productive. By the looks of things, Lin will have a very good season leading this team, and it’ll be interesting to see how far he can take them. If Atkinson implements more of a pick-and-roll offense, then Lin may be a contender for Most Improved Player, or even a chance of being an All-Star.