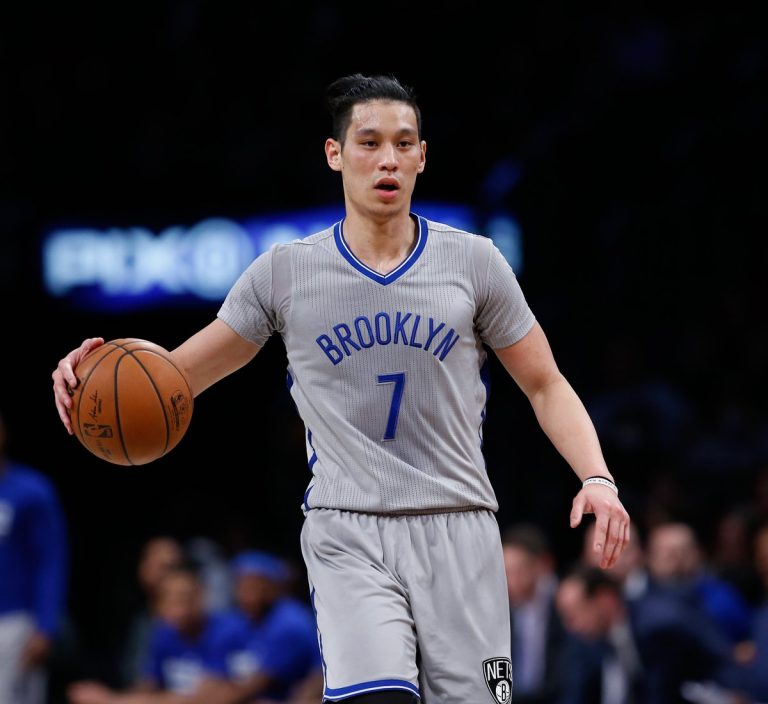 All of the Brooklyn Nets and Jeremy Lin fans already know this year has been a very frustrating for both the team and Lin himself. It has been frustrating for the Nets because they haven’t had their starting point guard to distribute and organise their offence the way the coach wants and it had a big impact on results. For Jeremy Lin, it has been a season where he has been tested both mentally and physically due to the hamstring injuries he has had to endure.

Without Lin the Brooklyn Nets possess a record of 7-39, which is abysmal, and with him on the court they are 11-12 since March 1st. Now with Lin healthy again results and performance have picked up. It doesn’t take a genius to work out the effect and impact Lin has on the Nets. The results are there for all to see. With Lin playing the Nets fare a much better chance of winning and that is a fact. The Nets would not be sitting at the foot of the standings win Lin available throughout the season.

This season has been a major rebuilding year for the Brooklyn Nets with all the ins and outs they have had. Various players have been waived and many have been bought in. Some of the players they’ve bought in have been very successful, such as Quincy Acy who I am a big fan off. He is the definition of Brooklyn Grit I feel, he gives it his all and he helps the team whenever called upon.

New Lease of Life For The Nets

With Lin now healthy and playing consistently and with his minute’s restriction lifted, there is not much to hold Lin back. The return of Lin has bought a new lease of life to the team. Before Lin’s return the Nets were going through a very, very bad spell. They were just going on long losing streaks and unable to compete regularly with the competition. The team didn’t look like they believed they can win games and it was a struggle. It was tough to watch and something needed to happen. What happen was that Lin returned and the levels of play increased. With Lin out on the floor the players believed the team can win games again and they played that little bit better and that was enough for the Nets to achieve the wins.

The month of March was a spectacular month in terms of results compared to all the other previous months. They won a total of 7 games in March and in that month they nearly won more games than they had done the entire season. Things just started to click in March and they somewhat found a winning formula. Some of the games wasn’t pretty at times but they dug deep and most importantly got the win.

We all knew that Lin would affect the Nets hugely, he makes his team mates better and the one player who has benefitted most is Brook Lopez. What Lin has been able to do best is getting the best out of Brook Lopez. Brook has had a low key good season in my opinion but Lin has been making him feel even more comfortable by getting in the ball where he wants it and his performance has rocketed. The chemistry is developing nicely and they’re feeding of each other.

Lopez may not be able to receive alley oops like Tyson Chandler or Dwight Howard but he makes up for that with other qualities. He is much more skilled than both of those big men I mentioned and he is a big part of the Nets. Lopez has been great lately and the Brook-Lin duo have been causing teams a lot of problems. The Nets wanted to see how Brook and Lin got on and I’m guessing they’ll be pleased with what they’ve seen.

When the game was tight and were there for the taking the Brooklyn Nets only really had one real genuine threat in Brook Lopez and that made the Nets extremely easy to defend. Teams would force Brooklyn to play through players outside of Lopez and the Nets didn’t have anyone who could step up consistently in crunch. Sean Kilpatrick did it for a few games and also Foye who knocked down a game winner against the Charlotte Hornets but other than that I’m unable to think of anyone else. This has been a big problem for the Nets all season.

The 4th quarter has been the quarter where Lin comes into his own and takes the initiative to get the Nets over the line. Kenny also seemingly allowing Lin more freedom to dominate the ball a little more in the 4th quarter and this has paid dividends. More often than not, when the Nets need a big play from someone late in the game it is Lin who steps up. There have been times when Lin has had a poor 3 quarters but when the 4th quarter arrives he turns up. He just has that ability to turn it on when it is needed most, not a lot of players in this league possess this trait.

After all, Lin has only played 33 games this season and that is not nearly enough. Lin is the difference maker and the x factor and with him sitting on the side-lines injured has been a big blow for the Nets. He is also still in the process of regaining his full game fitness and there is a lot of room for improvement. He has helped the team massively but he can still help them even more. It’s like day and night when the Nets have Lin on the floor. They are a dangerous team when Lin is fit and healthy.

This season has been a rebuilding year for the Nets, what has looked like a pretty miserable season results wise over a month ago has now somewhat turned into optimism going into the offseason. The young players such as Spencer Dinwiddie and Isaiah Whitehead are improving with each game and the potential of Caris LeVert has really excited the Nets fans. The future is looking much brighter compared to before the season began.