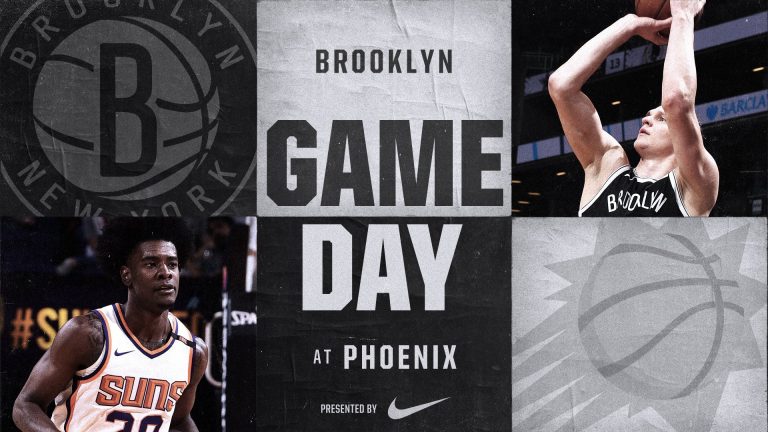 This is the second game of a back-to-back for the Phoenix Suns. They should be a little tired. The Nets need to exploit this by pushing the tempo with D’Angelo Russell, Caris LeVert and Rondae Hollis-Jefferson. In the Nets’ last meeting with the Suns, they allowed Devin Booker to drop 32 points on 50 percent shooting from the field and 62.5 percent from three. That cannot happen again. Booker is the one guy the Nets need to put the majority of their defensive focus on. If the Nets can get the ball out of Booker’s hands and take away anything easy inside for the rest of the Suns’ supporting cast, they should have an opportunity to win.

How do the Nets get the ball away from Devin Booker? They can double him every time he gets the ball so Booker is forced to pass. This is quite risky, as it could leave someone open or allow a driving lane. Leaving a player other than Booker open from range is not the worst thing, but enabling a basket cut would be awful. Another strategy is to use a bigger guy than Devin who has the mobility to keep up with him. The Nets like to go small by using Rondae Hollis-Jefferson at power forward, but if they were to put him on Devin Booker, it would force the Suns to play through other players. Also, when the Nets went small against the Suns in the last game, they were -22 on the boards. This might be a game where Timofey Mozgov plays a lot of minutes just so Alex Len and Tyson Chandler do not dominate the glass again.

What About the Rest of the Suns?

If they are not named Devin Booker, challenge the Suns to shoot it from deep. TJ Warren had 20 points the last time these teams faced off. He also had a 40-point game this season, but the one thing he cannot do is shoot threes. He is 2-of-13 from three this season and does not have a great track record in that area. The Nets should leave him open from behind the arc. This way, he is less likely to carve up the middle of the floor, which he is accustomed to.

You know who also doesn’t shoot well on the Suns? Josh Jackson and Tyler Ulis. The Nets have no reason to worry about defending these guys outside of the paint. Mike James played well against the Nets last time, but he has been super inconsistent this season. If he starts heating up, Kenny Atkinson should start game planning for him, but until then, the focus should be selling out to stop Devin Booker, as well as taking away anything easy inside. The Suns are favored by one, but if I was a betting man, I would put my money down on the Nets.