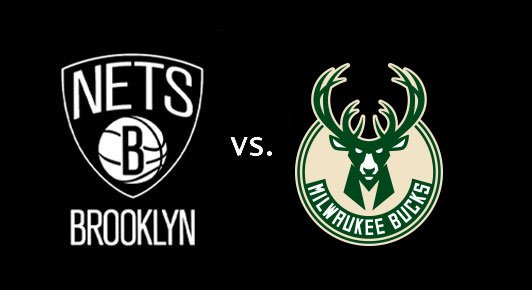 November is finally over and into December basketball we go! The Brooklyn Nets finally broke their seven-game losing streak Tuesday night in double overtime against the Los Angeles Clippers. Next up for Brooklyn is the Milwaukee Bucks. Brooklyn barely lost the first meeting between the two teams a few weeks ago 110-108. Now that Brooklyn faces them at home, where they are 4-5, they could steal this from the 8-8 Bucks.

Jason Kidd makes another return to the team he used to be a star for and a coach for. Along with him is Giannis Antetokounmpo, the Greek Freak, and Jabari Parker. The Bucks are not a great team, but they have legitimate threats to score the ball in the aforementioned athletes. Matthew Dellavedova is also extraordinarily tenacious and can cause problems for opposing teams.

It is about time Brooklyn gets matched up with a team that does not have a star point guard in Jeremy Lin’s absence. Brooklyn has faced Chris Paul twice, D’Angelo Russell, Russell Westbrook, Isaiah Thomas, and Damian Lillard. Nothing against Dellavedova, but he is not on the same level as any of those point guards. Isaiah Whitehead has been struggling with his shot of late and it will be hard for him to find it in this match-up because of Dellavedova’s tenacity.

Brooklyn, in this game, really needs to shut down one of two players: Giannis or Jabari. Shut one of them down and feed the ball to Brook Lopez and the hero of the Clippers game, Sean Kilpatrick. Feed them the ball early and often and wear down this Bucks team. Trevor Booker needs to be able to grab rebounds and Brook Lopez is going to need to make his shots down low. Lopez making nothing but threes does not help the offense in the sense the opposition will only guard the arc as Brooklyn has now down-low threat.

This is a very winnable game for Brooklyn and it would be a great feeling winning two games in a row. Brooklyn has not won two games in a row all season, and it feels like forever since they have in general. The Bucks are a tough team as they do play hard every night. After Tuesday night, though, no one fights harder than #BrooklynGrit. Lets go Nets, beat the Bucks!